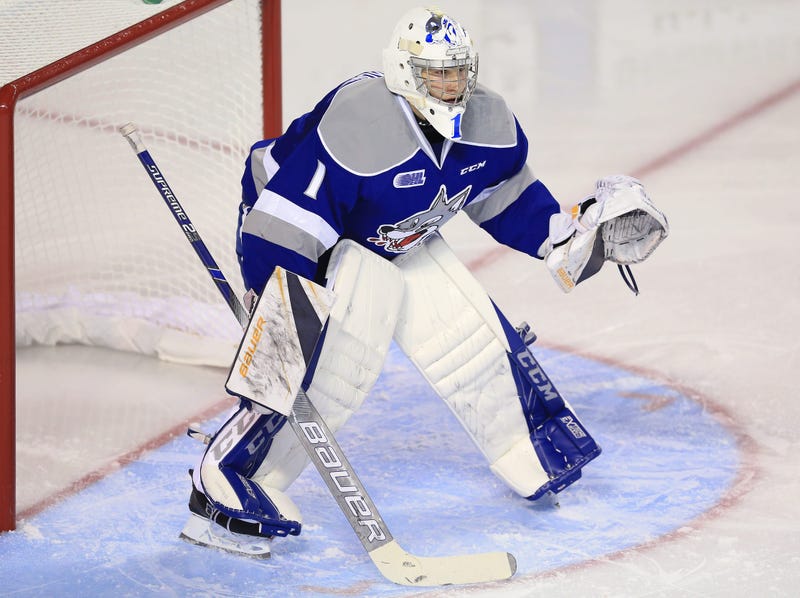 With his performance in the 2018-19 regular season, Luukkonen was unanimously voted as the OHL's Goaltender of the Year on Friday.

The 20-year-old was selected third overall by the Wolves in the Canadian Hockey League Import Draft last summer, and decided to join Sudbury this season after spending the last several years playing junior hockey in his home nation of Finland. With the help of Luukkonen in goal, the Wolves went on to finish the regular season as the fourth-best team in the Eastern Conference. Sudbury went on to face the Mississauga Steelheads in the first round of the OHL Playoffs, sweeping them in four games. However, the Wolves ended up getting swept themselves in the second round when they faced the OHL's top team in the Ottawa 67's. In eight playoff games, Luukkonen went 4-3 with a 3.27 goals-against average and a .906 save percentage.

In Sudbury's final game of the season against the 67's, Luukkonen nearly stole the game with a 58-save performance in a 3-2 triple-overtime loss.

Other notable past winners of the award includes NHLers Craig Anderson (2001), Steve Mason (2007), and Jordan Binnington (2013). Some other top NHL prospects like Alex Nedeljkovic (Carolina Hurricanes), Mackenzie Blackwood (New Jersey Devils), and Michael DiPietro (Vancouver Canucks) have also been named as past winners of the OHL's Goaltender of the Year.

The native of Espoo, Finland also helped his home nation win the gold medal at the IIHF World Junior Championship this year in Vancouver after defeating the United States in the championship game. Luukkonen was also named as a Media All-Star at goaltender, posting a 4-2-0 record with a 1.80 goals-against average and a .932 save percentage.

After his season in Sudbury, Luukkonen joined the Rochester Americans in the American Hockey League, where he earned a victory in the final game of the 2018-19 regular season, making 32 saves in a 4-2 win over the Belleville Senators.

It was announced on Thursday by the Sabres and Amerks that Luukkonen underwent hip surgery, but he is expected to make a full recovery within the next six months. Luukkonen is expected to take over the starting duties in goals for the Amerks next season.

The Sabres selected Luukkonen with the 54th overall selection in the second round of the 2017 NHL Draft. The team signed Luukkonen to his three-year entry-level contract last June.