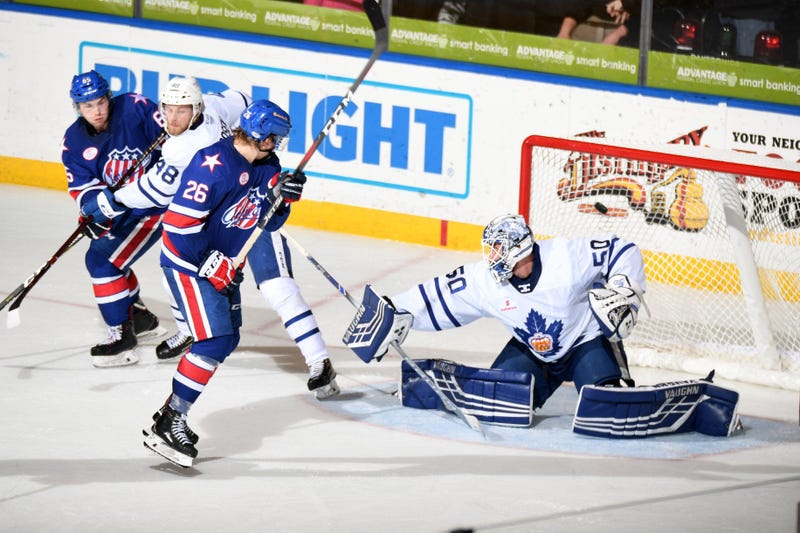 The Rochester Americans will face the defending champion Toronto Marlies in the first round of the 2019 Calder Cup Playoffs.

Rochester's opponent was determined after the team's 4-3 loss to the Syracuse Crunch on Saturday night at The Oncenter War Memorial Arena in Syracuse. With the win, Syracuse clinched the North Division title for the 2018-19 season.

The Amerks have already clinched home ice advantage in the first round of the playoffs, finishing the regular season as the second-seeded team in the division. Game 1 of the series with Toronto gets started on Friday, April 19 at 7:05 p.m. at Blue Cross Arena in Rochester.

Here is the schedule for the best-of-five series:

This season marks the second straight year in which the Amerks have clinched a playoff berth in the Calder Cup Playoffs. Last season, the Amerks were swept in the first round of the playoffs by the Crunch in a best-of-five series.

The Marlies will settle for third place in the North Division this season. Last year, the Marlies finished the season with the top overall record in the American Hockey League, and ended up winning the Calder Cup in a seven-game series with the Texas Stars.

Syracuse will await the winner of the fourth and final seed in the North Division, which will be determined on Sunday. With a win over the Amerks on Sunday, the Belleville Senators will punch a ticket to the Calder Cup Playoffs against the Crunch. With a win and a Senators regulation or overtime loss, or an overtime or shootout loss and a Belleville regulation loss, the Cleveland Monsters would clinch the final playoff spot in the North.

The Amerks close out the regular season on Sunday against the Senators at CAA Arena in Belleville, Ontario. Faceoff is set for 2 p.m. and can be heard on 95.7 FM and 950 AM, ESPN Rochester.