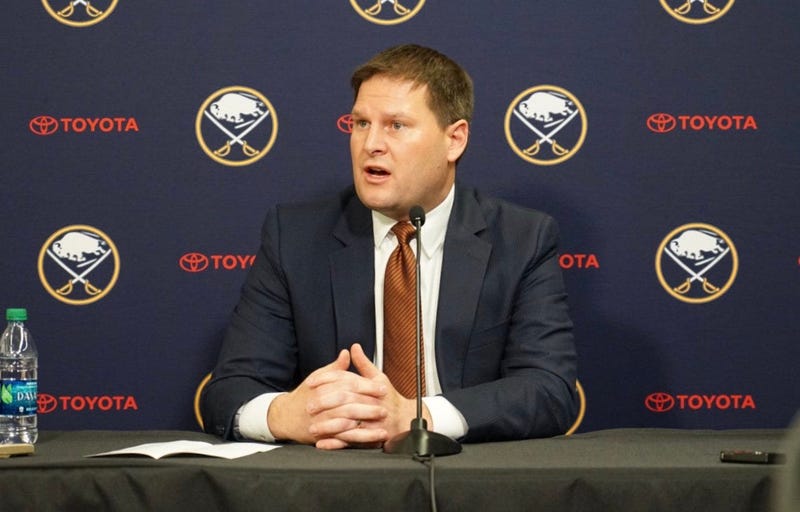 Since the Buffalo Sabres' 10-game winning streak in November, the season has taken a bit of a turn in the opposite direction. In an 18-game stretch, the Sabres have gone 6-8-4, and have started to slide down the standings with other teams behind them playing well. In addition, the Sabres have struggled to find some secondary scoring with a number of players riding some significant scoring slumps.

While the Sabres are looking to fight back from their recent struggles, some of the team's newest prospects shined at the IIHF World Junior Championship in British Columbia, Canada. Ukko-Pekka Luukkonen and Oskari Laaksonen captured the gold medal for Finland in Vancouver after beating Mattias Samuelsson and the United States in a thrilling gold medal game. Matej Pekar also took part in the tournament playing with the Czech Republic.

Sabres general manager Jason Botterill joined Mike Schopp and the Bulldog at (716) Food and Sport on Tuesday before Buffalo's matchup with the New Jersey Devils at KeyBank Center. He discussed the current state of the Sabres, as well as the four Buffalo prospects who participated in the World Juniors.

Botterill on Buffalo's four prospects at the World Junior Championship:

"For us, we had four players there. The fact that Pekar made the Czech team was a huge step for him. I thought Samuelsson played very steady on the U.S. team and was a good player for them as an 18-year-old. We really think he's going to be one of their leaders next year. Then you had Laaksonen and Luukkonen step up for the gold medal-winning Finns, especially Luukkonen - he had a disappointing tournament here last year in Buffalo. Taking the step to leave Finland, come over and play in the [Ontario Hockey League] in Sudbury, having a good first half and carrying that right into the World Juniors, very proud of him."

Botterill on the team's recent play:

"There's so much parity in the league. In November, we were finding ways to win those one-goal games. Right now, we're struggling to find ways to win those games. I think, over the last couple of weeks, it's not as if we've been playing poorly but at key times in the games we haven't found that opportunity to get to the net a little bit more, to find a way to create more opportunities, to find a way to get that goal to get the win versus an OT loss or a loss in regulation."

Botterill on remaining patient with the roster: