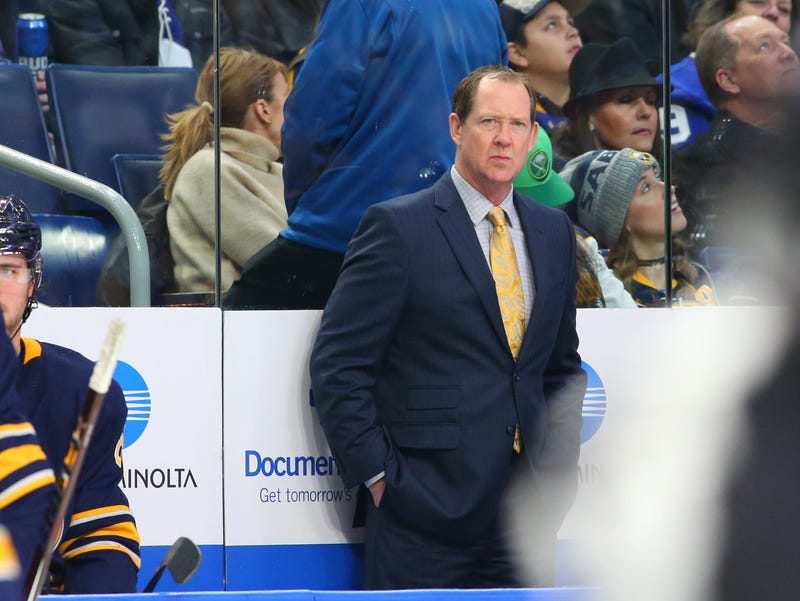 Back in November, the Buffalo Sabres went a 10-game winning streak, which shot them to the top of the NHL standings. In 34 games since the end of the winning streak, the team has just 11 wins and sit six points out of the final Wild Card spot in the Eastern Conference.

That kind of collapse has prompted some frustration from the fan base with not only the team, but also head coach Phil Housley.

Housley is currently in his second year as the head coach in Buffalo, and has led the Sabres to a 53-69-19 record in 141 games. Buffalo currently sits with a 28-24-7 record and 63 points, but the team has lost its last three games to teams with a worse record, and are falling fast out of the playoff race.

Sabres general manager Jason Botterill has less than a week to determine whether or not he wants to make a roster shake up with the NHL Trade Deadline approaching on Monday at 3 p.m.

Botterill rarely meets with the media on a non-game day, but with the team's recent slide, WGR Sports Radio 550's Paul Hamilton asked for him and he did so on Wednesday afternoon.

Here's some of what he had to say:

On the fans wanting a coaching change:

"They want a coaching change? No. We've made progress as an organization compared to last year. We're in a position where we've been in games. I see the results on the ice. I see the communication we're going through here. There's not going to be a coaching change."

On the trade deadline:

"We've had a lot of conversations going on. Whether those things come to fruition, that's always hard to predict. Sometimes you look at the draft and things move into July 1st, and then things move in the summer. Can't predict when it's going to happen. We continue to look at different ways to improve our team."

His assessment of the current roster:

"We're putting players in roles that they're not used to. Some nights they'll succeed in those roles, and some nights not. You've seen our blueprint. You've seen when we play well, we've played assertive in the offensive zone, got in front of the net. Played good defensive hockey. We've received results winning hockey games. Just haven't done that on a consistent basis."

On the tumble from 1st in the NHL to the current position in the standings:

"Well, I probably didn't imagine that there would be a scenario where we'd be first in the league to begin with. It happened. Very proud of that accomplishment. This league has a lot of parity. You have to be prepared for everything. Our players are facing adversity here right now. I like where our players are at... You look at over the last ten games or so, we want better results, but it's a situation where we put ourselves in a spot to win games in the third period. Just haven't had results."

You can listen to Botterill's comments in their entirety below: