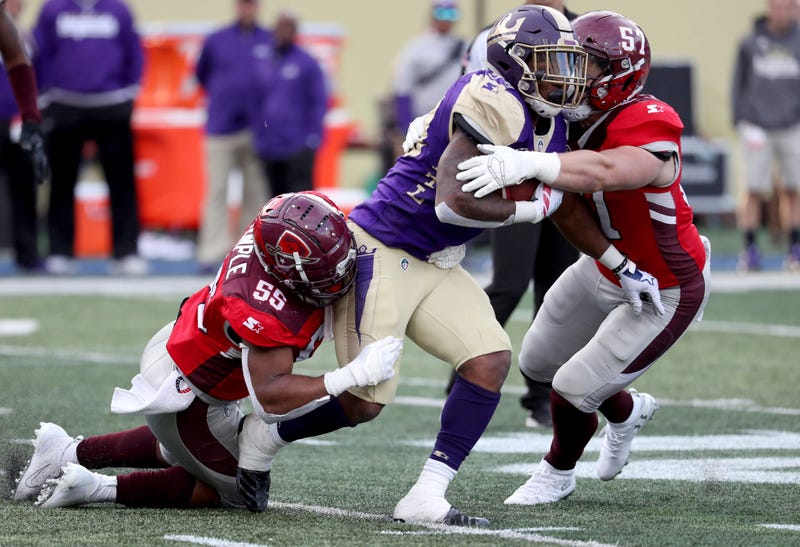 April 2, 2019 04/02/2019 9:28 pm
With two weeks left in their inaugural season, the Alliance of American Football is suspending all football operations starting on Tuesday, according to multiple reports.

Breaking: The Alliance of American Football will suspend all football operations Tuesday, according to ESPN and multiple reports (first reported by ProFootballTalk). pic.twitter.com/f4oOsYKx0x

The new league was eight weeks into its first season under the guidance of AAF founder Charlie Ebersol and Bill Polian, as well as being funded by Carolina Hurricanes owner Tom Dundon. Earlier in the season, the AAF shot down reports that the league was in need of more money.

Andrew Brandt from Sports Illustrated's MMQB joined One Bills Live on Tuesday to discuss what had suddenly went south for the AAF, who had promising ratings in the start of their inaugural campaign.

On the initial report of a large investment for the AAF and its downfall:

"It seemed like there was a $250 million pledge from Dundon, but a lot of people misinterpreted that that they had $250 million. No investor is just going to throw that in there before they see how it operates, if they're involved, if they want to get more involved. So, I think it was $250 million pending if [Dundon> wanted to stay involved and run the league, probably for a couple of years."

"Reports are that he sent about $70 million and he's pulling the plug, I guess because the ratings didn't match anywhere near the first two weeks of the season... and maybe attendance figures and sponsorship figures all below his expectations."

"Again, the reports are that Ebersol and Polian, the two co-founders of the league, wanted desperately to keep this going and Dundon, who's the money man, has decided to pull the plug."

On the NFLPA not allowing the AAF to use players on futures contracts:

"I would think that's part of it. This is where hiring Bill Polian and other NFL people... you would think would grease the skids towards a good, positive, strong relationship, and maybe they did have that with the league side. But now we talk about the players' side and you hear about the players' union pushing back on whether these guys can go back and forth to the league and teams and they want to be involved in it. And now, we're talking about bargaining, the next bargaining agreement isn't until 2020."

On if the XFL has a better chance of survival than the AAF:

"I do give the XFL a better chance, and I have from the beginning. And it comes down to business. There are so many investors into the AAF, I just thought 'this isn't going to work,' because there's former players... and former management and, of course, there's Polian. And everybody's got a different feeling, I would think, about where they want this to go."

"Now, next year, XFL 2020. Here's their advantage: they've got one investor. One investor, it's Vince McMahon. And he just sold off, I think, half a billion dollars of WWE stock. He is extremely well funded, and that means one mission."

You can listen to Brandt's entire interview with John Murphy and Steve Tasker below: