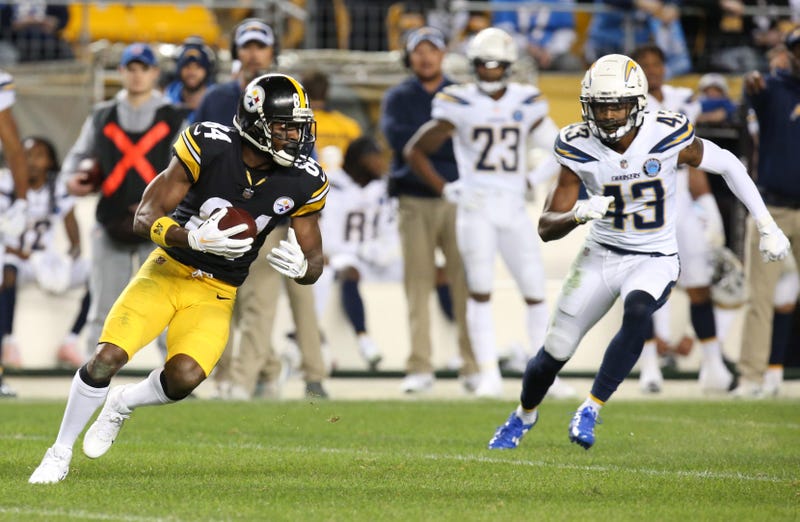 For the latest from around the NFL, as well as some insight on the recent Antonio Brown drama, John Clayton from ESPN Seattle joined the Bulldog and Sal Capaccio for a visit on Monday.

Clayton on the reported signing of running back Frank Gore:

"LeSean McCoy has a good relationship with Frank Gore. He's still a viable back, even though he's 35-years-old. Respectful of his teammates and all that. You can honestly say that he had a better season than Chris Ivory... It's a good fit. Certainly for $2 million dollars, for a cheap price, they get a good back. If [Ivory's] not cut tomorrow, I'd be surprised."

"I was surprised, first off, that the Bills got involved, and they made an offer that the Steelers really liked. It was going to be a swap of picks in the first round, going from 20 to nine, and Pittsburgh liked that. There were a couple other draft picks that were thrown into the mix, so they were completely happy with the deal. Being smart, Bills management said 'we have to talk to Drew Rosenhaus and see if Antonio wants to be here.' This was all Antonio that did it. Both sides, Buffalo and Pittsburgh, were so close, but like anything else, if the player doesn't want to be there and the Bills recognize that, then you move on."

"I don't think [the Giants] necessarily want to move him, but they are certainly listening to offers. I know there's been a two-week conversation with the San Francisco 49ers. I'm sure other teams are involved too, but I still think the price is going to be too much that no body is going to be able to pull this off. There were conversations today with the 49ers and Odell Beckham, Jr. If they get the right price, then they will move him. I can't imagine the Bills the would be able to pay the right price to be able to get that because it would take too much."