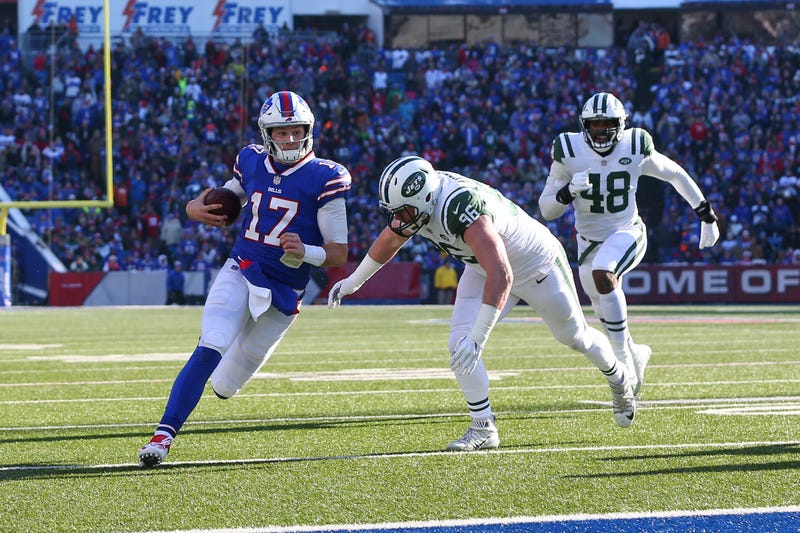 The 2019 NFL season gets started on Sunday for the Buffalo Bills, who take on their AFC East rival, New York Jets on the road at MetLife Stadium.

Greg Cosell from NFL Films joined John Murphy and Steve Tasker on One Bills Live on Friday to look more into the matchup for the Bills and Jets.

Here are some of what Cosell had to say:

Cosell on the Bills offense needing to be more consistent:

"On a certain level, they need to develop an offense that has a sustaining element. I think we all know that Josh Allen can be a very big play quarterback, both with his arm and his legs... but I think to be a really good team and a consistent team, what become the important plays in games, the plays that are not highlight plays, are when it's third and six and you gain eight yards with a completion."

Cosell on Josh Allen needing to recognize the aggressive Jets defense before the snap:

"I think that's an area that Josh, clearly, as a second year quarterback needs to improve his ability to ID pressure looks at the line of scrimmage before the ball is snapped. That doesn't mean you blitz, you line up people in pressure looks and make the quarterback and the o-line have to identify who they think may or may not be coming."

Cosell on the questions around the Jets' secondary:

"We know that Gregg Williams has a reputation for being very aggressive, and I think he will be, but selectively in this game. I think that because of the corner situation, he may try to protect his corners at times. So, it will be a situational game. They have to be prepared for pressure, because Gregg will bring it."

Cosell on dealing with Jets running back Le'Veon Bell as a receiver:

"My sense is that Adam Gase will expand Bell's pass game concepts. Much of what he did in the pass game was very short throws, checkdowns, screens. I think they see Bell as a guy they can line up and detach from the formation, even in the backfield, and then he can run more intermediate and even vertical routes."