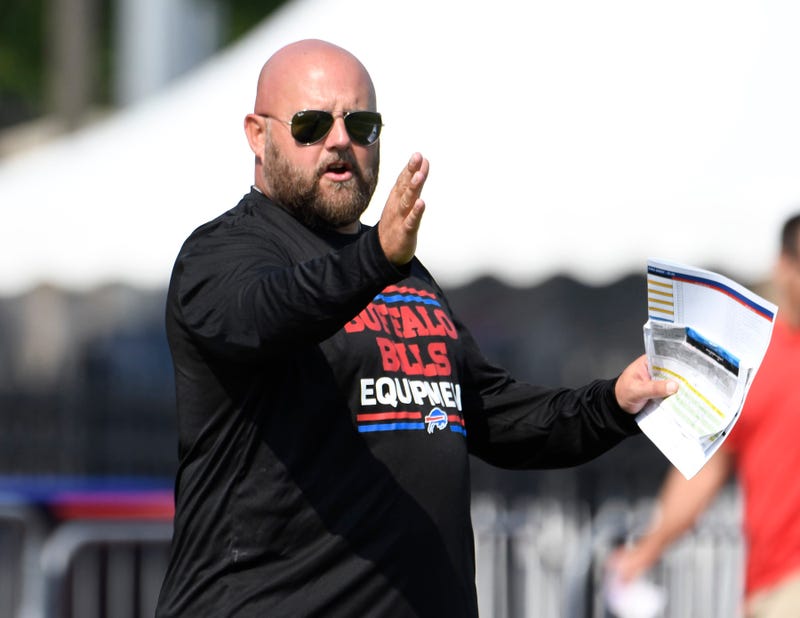 When it comes to the battle for wide receiver spots on the Buffalo Bills' 53-man roster, it seems like the picture is no more clear now than it was when training camp started, and is even as crowded and competitive as ever.

So far, through two preseason games, 11 different receivers have seen a ball thrown their way (Nick Easley is the only one without an official target). 10 have catches.

The way the Bills have rotated and used this group doesn’t really offer any clues as to who is going to make the final roster and who isn’t.

Ray-Ray McCloud, Isiah McKenzie, and Duke Williams may be in a battle for one or two spots. Some even include Robert Foster amongst that group. Then there’s David Sills, Nick Easley, Victor Bolden, and Cam Phillips. Can any one of them surprise all the roster-handicappers and survive cuts?

That all depends on exactly what head coach Sean McDermott and offensive coordinator Brian Daboll are looking for. Do they want a diverse group, as far as size and speed?  Are they looking for players who can play both inside and outside, or a certain number at each spot?

Daboll offered some insight into what goes into those evaluations when it comes time to pick the final players.

“Well the first thing is what everybody sees, which is getting open and catching the ball,” he said before practice Monday. “But then you talk about the technique of how you get open. What you do against press coverage, your body language at the top of the route, how you come back to a ball. Are you where you’re supposed to be when you’re supposed to be there all the time, particularly in a zone coverage that you’re going against, so that we can trust exactly where you’re going to be and the timing and the throw against zones? You know, there’s not a lot of thinking. There’s eye-control and movement, but they’re going to be right where you need to be. And then when you get in those third down situations or first and second down [against] teams that like to play a lot of man-to-man coverage, it’s, ‘can he separate and make a play on a football?’

“We’ve got a bunch to choose from here, and they’ve all done a good job. They’re all competing hard, and we have different pieces. We have some quick guys that are shifty, we have some linear, fast guys, and we have some bigger guys, like Duke [Williams]. He made the most of his opportunity the other night. He's not a 4.3 guy, but he's a big-bodied player that can make contested catches and he plays tough. So, however that fits, we’re going to try and figure out what the best combination for us is.”