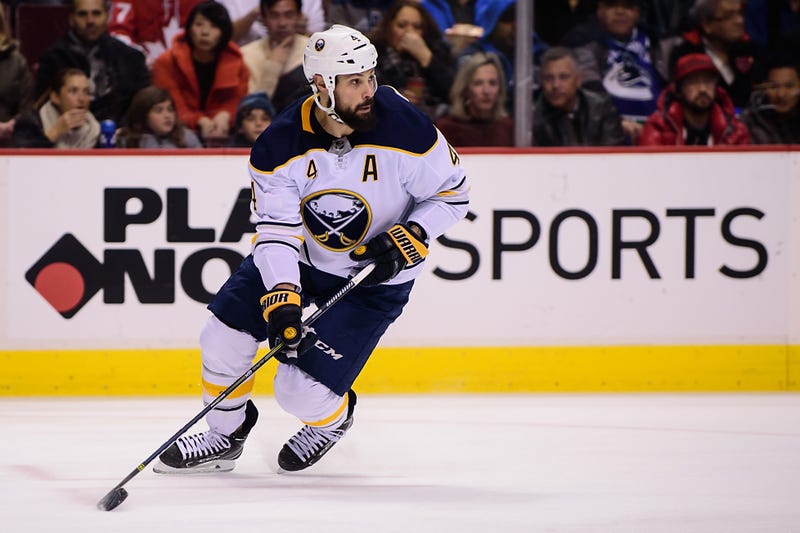 It has already been a whirlwind 2019-20 season for the Buffalo Sabres, and the year is only a quarter of the way done.

After a hot start in October, where the team finished the month 9-2-2, the team has taken a nose dive in the standings in November with a 1-7-1 record in nine games. The team still sits with four points out of a Wild Card spot in the Eastern Conference Standings, but are just five points ahead of the last place Detroit Red Wings.

To start the season, the Sabres were slightly banged up on the blue line while the forward group was relatively healthy heading into November. That script has now completely flipped as the Sabres are finally back to full strength on the blue line, and the team has suffered a few significant injuries up front.

To add insult to injury, the Sabres' offense has gone dry in the scoring department with a number of players failing to contribute up to expectations.

The last Sabres goal from a forward not named Jack Eichel came back on November 14 when Johan Larsson scored a goal off his leg. In the four games since then, Eichel has scored five goals, while defensemen Brandon Montour and Rasmus Ristolainen have accounted for the rest of the scoring.

With the Sabres seeing a stock pile of healthy NHL defensemen, general manager Jason Botterill has been exploring the trade market to see if he can flip any assets to acquire some help at forward. This process has been ongoing for Botterill for a while now, who has been open to the idea of trading a defenseman since last year's NHL Trade Deadline.

TSN hockey insider Darren Dreger has been following the Sabres' situation closely, and was on with Andrew Peters and Craig Rivet on The Instigators on Friday to provide the latest update on what Botterill's intentions are moving forward.

Here is what Dreger had to say:

Dreger on the progress Botterill has made in trade talks:

"I think it's beyond Jason Botterill actively looking. My information is that he's made offers, and I believe they are offers on forwards, but I don't know the specifics of the forward or the teams that he's been most in conversation with. This conversation has been ongoing. He's just simply trying to help things out. It's not just because he sees an area of concern or he wants to better what he has up front, it's also through necessity with the injuries that they have up front."

Dreger on why the Sabres haven't been able to strike a deal yet:

"The problem that Botterill and other general managers who are also interested in making trades are having right now is that so many teams have players on long-term [injured reserve] that that gums things up from a cap perspective. Not just from a Buffalo's standpoint. But with a team that you're dealing with, it gets really snarly. I think there are 10, maybe 12 who are in [long-term injured reserve] right now. Despite the fact that it's relatively early. Usually you get to U.S. Thanksgiving, which isn't that far away, things do loosen up a bit, but what is unique, to some degree, about this year is the number of injuries that have happened around the National Hockey League, and how paralyzing that can be for teams who are, at least, interested in talking about a trade.

Botterill was hopeful, I know, and talking to other sources who he may have been in contact with earlier this week, he was hoping to make one, maybe two trades within the next week to 10 days to two weeks. That tells you he's pretty active and eager."

Dreger on what Botterill would give up in a possible trade:

"It's been believed all along that with [Zach] Bogosian healthy now, it would be a piece from the back end. [Marco] Scandella or someone else that acquires that piece. Now the sense I'm getting from my Buffalo sources is that Botterill likes the depth that he has defensively, and although he's not opposed to considering moving a piece from his blue line, maybe you'd prefer to do it elsewhere. Well, where is elsewhere? What player are we talking about if you're trying to acquire a top-six [forward]? If it's not a roster player, then it's gotta be a pretty damn good prospect or a prospect and a draft pick."

Dreger on the possibility of a trade and when one may happen:

"I think it's possible that he could make a couple of trades. At least that was the direction he was hoping to go in at the start of this week. If he's making a couple of trades, I think it's safe to assume that you're, at least, getting two players back, and maybe there are multiple pieces that can be in play. I want to defend Jason in all of this. This guy is working hard. He's trying to find and acquire help up front, especially up front, but he hasn't found the right mix yet. He hasn't found the right fit, and a lot of that has to do with the finances. But this is by no means through the lack of effort. I wouldn't be surprised if he is successful in the days ahead, be it days or the next 10 days to two weeks."