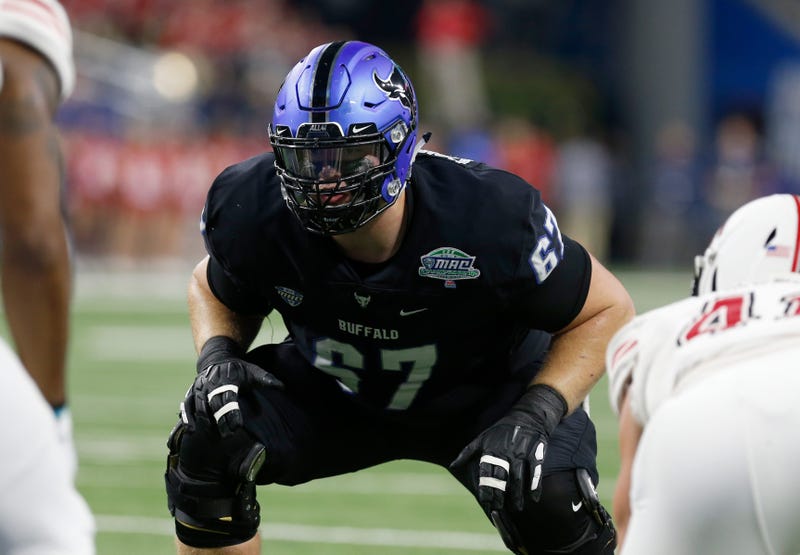 Many football fans across Western New York will sit down on Saturday to watch the 2020 East-West Shrine Game at Tropicana Field in St. Petersburg, Florida. The motivation for many will likely be to find more young talent to help the Buffalo Bills take that next step in 2020.

While the rookie showcase could draw a lot of interest in certain prospects from the Bills, there is a local spin to the game as well.

After starting in every game over the last three seasons at left tackle for the University at Buffalo, West Seneca East alumni Evin Ksiezarczyk will now try to show the National Football League what he can do up close on Saturday.

The Bulls' left tackle is the only member of the 2019 roster to get an invitation to either the Shrine game or Senior Bowl, two of the biggest platforms that prospects have to perform in front of scouts, coaches, and front office members throughout the draft process.

Multiple reports have come out that Ksiezarczyk has turned some heads during practices this week. In a league where the majority of teams are always looking for offensive line help, it shouldn't shock anyone that many are intrigued by a 6-foot-6, 310-pound tackle who has the proven track record of Ksiezarczyk.

In 2018, he was named all-MAC Second-Team, helping to pave the way for a run game that had 2,648 yards and 36 touchdowns. Both were school records. The Bulls also allowed just 15 sacks that season, which was a program-low.

His senior season in 2019 didn't follow up to be a disappointment. Ksiezarczyk made the jump to all-MAC First-Team, and the team rushing record set in 2018 was shattered in 2019 with a total of 3,256 yards. Buffalo also broke their 2018 sacks allowed record, giving up just eight sacks.

If the local standout can perform at the same high-level as he did in Buffalo this Saturday, not only could a potential Senior Bowl invite be on the table next week, but his draft stock could certainly rise.