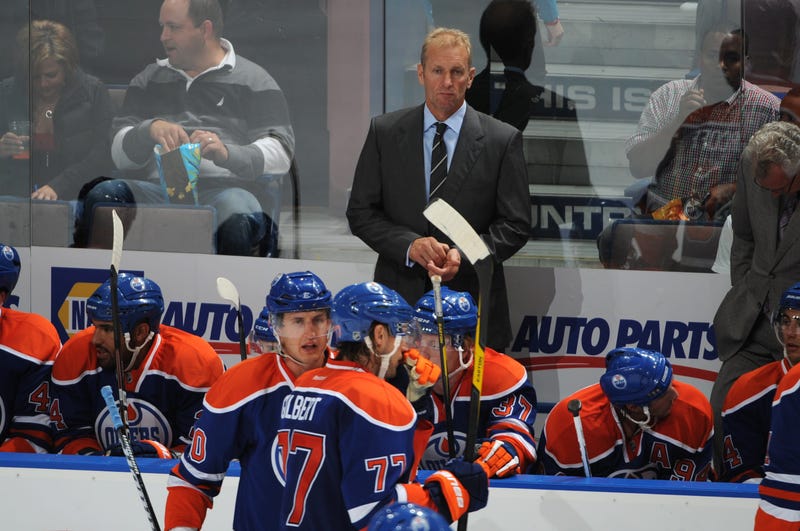 The Buffalo Sabres' coaching search continues as a new name has recently entered the mix in Ralph Krueger.

The former head coach of the Edmonton Oilers has been away from the National Hockey League for a while as he has served as chairman of the Southampton Football Club in the English Premier League from 2014 to February of 2019. It has been long rumored that Krueger has had interest in returning to the NHL to serve in some sort of executive role, however it seems like he is willing to return to the bench and coach a team in some capacity.

The 59-year-old has had a successful past with coaching, starting out in Europe and coaching teams in Germany, Austria, as well as a 15-year run as the head coach of the Swiss national ice hockey team. In 2010, Krueger was hired as an associate coach with the Oilers, and eventually took over coaching duties before the lockout-shortened 2012-13 season. In his one season in Edmonton, he led the Oilers to a 19-22-7 record in 48 games, while missing out on the playoffs by 10 points. Krueger was then let go as head coach of the Oilers to make way for Dallas Eakins to take the reins as Edmonton's bench boss.

Krueger did make a return to coach Team Europe at the 2016 World Cup of Hockey, where he led his squad to a surprising second place finish. His team ended up losing to Canada in the best-of-three final round of the tournament.

Sportsnet's Elliotte Friedman reported in his 31 Thoughts blog on Sunday that Krueger is rising on Buffalo’s list of possible candidates. He also made mention that the Sabres had interviewed Krueger during the team's coaching search in 2017 before the eventual hiring of Phil Housley.

Friedman took some time on Monday to join Andrew Peters, Craig Rivet and Dan Dunleavy on The Instigators to extrapolate on his reports, as well as provide his insight on Krueger and what he could bring to the Sabres.

Friedman on Krueger to the Sabres:

"I have people telling me that I am underselling this, and it's much farther along than I am reporting, but I do not know that. At the very least, it appears as if there is a decent chance that this is going to happen. I think if it is, we're going to know middle-to-later this week. All I can tell you is that I'm hearing that they've interviewed him, they like him, and he's got a [legitimate] shot at the job."

Friedman on the connections between Krueger and the Sabres:

"I've mentioned in my [31 Thoughts blog] one possible connection, I don't know if it's true, but a couple of people that have suggested to me that Jason Botterill's father, Dr. Cal Botterill, and Krueger might have a connection from both international hockey and the fact that they both have Winnipeg connections. The other thing that I was reminded of that I should have put in, but I didn't, is that [assistant coach] Steve Smith, who I believe the Sabres want to return next year on their bench, he coached with Ralph Krueger in Edmonton. He would know him too."

Friedman on the Sabres' process to find a head coach:

"I would give credit to the Sabres in one way that I found it really hard to get a handle on what they were doing. I heard about [Toronto Marlies head coach Sheldon] Keefe; John Shannon was the one who heard about Todd Richards, although I don't think he ever got interviewed at the end of the day; Jacques Martin's name got out there, but I found it really hard to figure out who they were interviewing or who they were focused on. I think that part of that is, assuming that Krueger is the guy or he's very high on their list, I don't think a lot of us would have necessarily looked at that, and because he's overseas and Botterill is overseas for a chunk of this, they had an opportunity to meet where a lot of us didn't see it. If they zero in on him, it's kind of hard for us to find out at this particular time."

"He is a relentlessly positive guy, and he creates an environment where people believe in their ability to accomplish things. One of the things that is really changing... [back in the day], it was 'do this, do that and don't dare challenge.' This generation is all about 'why?' 'Why do I have to do this? Why are we doing that?' I think you're coach now, more than anything else, has to create an environment for this generation of players. 'Why are we going to buy into your vision? Why are we going to do this?' He's the kind of guy who can build that."

"He creates belief, he creates a feeling of team and why we're going to accomplish things together. Now he's not a bad X's and O's guy at all, but he hasn't done it in a while. You're going to need people around him that can help him fix that problem. I know that in Edmonton, one of the things the organization felt was that his system did some things that you can do in international hockey, but you can't do that in the NHL, in terms of the way you position things. As far as I'm concerned, that can all be fixed. I have a feeling that one of the reasons that the Sabres are going after him is because of the way he builds teams to believe in themselves. Look, it's been a hard few years in Buffalo. I can see why his ability to do that would appeal to the Sabres organization."