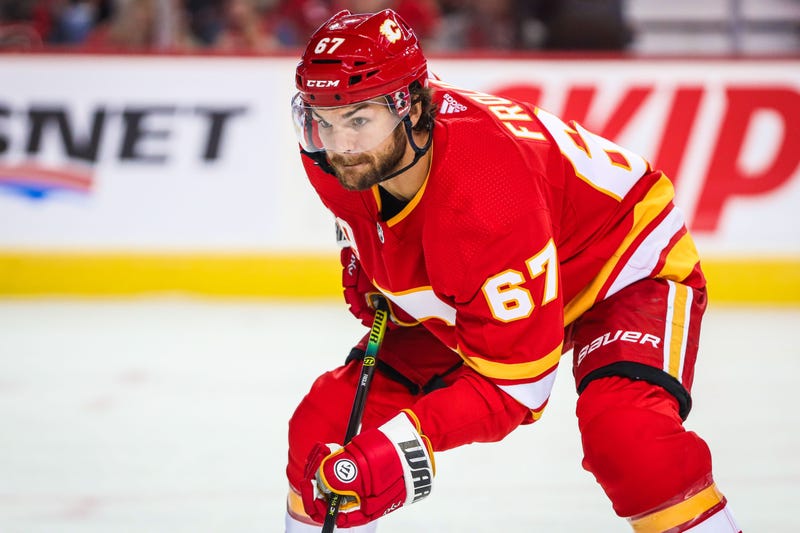 With some much needed help for some forward depth moving forward, the Buffalo Sabres made a pair of moves on Thursday evening that eventually landed the team forward Michael Frolik from the Calgary Flames.

Buffalo first moved defenseman Marco Scandella to the Montreal Canadiens in exchange for a fourth round pick in the 2020 NHL Draft that was originally owned by the San Jose Sharks. The Sabres then flipped that pick to the Flames in order to acquire Frolik, who agreed to waive his no trade clause to come to Buffalo.

After parts of five seasons in Calgary, Frolik is joining his fifth organization in the National Hockey League after starting off as a rookie in the 2008-09 season with the Florida Panthers. In his five years with the Flames, the 31-year-old scored 63 goals and 82 assists for 145 points.

This season got off to a tough start for Frolik, as he has only scored five goals and registered five assists for 10 points in 38 games. His ice time had also gone down in Calgary as his role diminished to being more of a fourth line player.

Frolik's name was one that had been talked about in the past with being on the market for other teams to inquire about. Even with the struggles this season in Calgary, Frolik said he had never asked for a trade or to be moved out the Flames organization.

"I wasn't happy with my situation here lately," he said. "All I want to say is thank you to the Calgary Flames and what they did here for me. We had a great time here with the family. I don't really want to go into [asking for any type of trade], but I'm just happy for a new opportunity in Buffalo and I'm really excited."

Over the course of his 831 game NHL career, Frolik has scored 158 goals and picked up 380 points. He also has a Stanley Cup to his name while playing with the Chicago Blackhawks back in the lockout-shortened 2012-13 season.

Over the course of his career, Frolik has been a very solid two-way option on the wing with the ability to chip in on the power play, while really making his presence known on the penalty kill.

The Buffalo Sabres have struggled all season on the penalty kill, currently ranking 28th in the NHL with a percentage of 74.0%. Adding a player like Frolik may help with being able to improve on those stats and turn things around for that unit.

"I've been killing penalties for quite a bit and hopefully I can bring some experience in that department," Frolik said. "Even back in my time in Chicago, I played a key part with the P.K. [penalty kill] and hopefully I can help [in Buffalo] for sure."

Frolik is unsure how he will fit in right away with the Sabres, but he is looking forward to getting to work with the Sabres and trying to get back to the level of game that he had played earlier in his career.

"I'm the new guy coming in, and being out in the West for a long time, I don't know much about the East," Frolik said. "I've just heard great things about the group and about the coaching staff. I'm looking forward to go [to Buffalo] and be myself, and we'll see how it plays out. Obviously I'm looking for a little bit more ice time like I was getting in Calgary, and prove to myself that I can be that player that I used to be."

Following Thursday night's win over the Edmonton Oilers at KeyBank Center, Sabres head coach Ralph Krueger did say that he knew Frolik very well from his play at the international level. When asked about his familiarity with the Sabres head coach, Frolik did not know too much, but is still excited to get to know him regardless.

"I know he's been coaching in Europe, and I know he was here in Edmonton," Frolik said. "I just want to know who he is. I've heard great things about him, and I'm really looking forward to meeting him and play under him."

Frolik has yet to arrive into town because he has yet to obtain a work visa. We know that he will not play this weekend, but Frolik is hopeful that he will be able to get to town as soon as possible and join his new teammates.

"The process with the visa takes a few days," he said. "It kind of sucks that the weekend is coming up, so I think it might take a few days. I'm just starting to work on it this morning, and hopefully it will be a fast process and I can be there real soon."

The Sabres will practice on Friday ahead of Saturday afternoon's matchup with the Panthers at KeyBank Center.