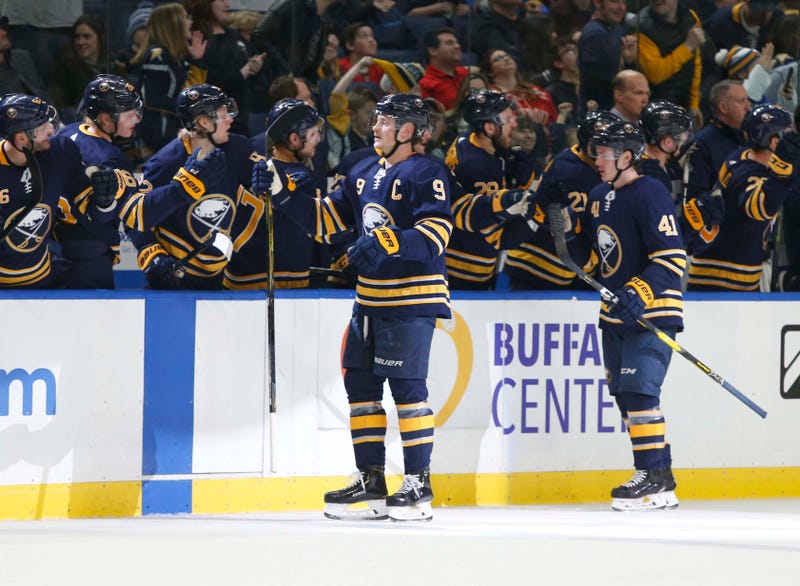 In the team's last 23 games, they have gone 3-18-2, winning just two out of 16 games played in the month of March. The last time the team has won in regulation was back on February 23 against the Washington Capitals. In addition, the last time the Sabres won away from KeyBank Center was on January 29 against the Columbus Blue Jackets, which amounts to a 14-game road losing streak.

After sitting atop the National Hockey League in points two months into the 2018-2019 season, some are concerned over how badly the group has collapsed. However, Sabres head coach Phil Housley is not worried about his team’s direction or his future, but is focusing on finishing out the season strong.

“For the most part, we have been in games, [but] we haven’t found a way to win,” said Housley as he joined Howard Simon and Jeremy White on Tuesday on WGR. “There are a lot of things that are looking up, but at this time, right now, at this point in the season, there’s a lot of frustration, and, obviously, [it’s] very understandable, but I feel that I am a good coach. The guys are still fighting right now, and there’s a lot to prove in these last few games.”

Over the last month, the Sabres have been shut out five times, and the team is minus-35 in goal differential in that time. The lack of success is hard for a fan base to endure after watching their team finish in the bottom-third of the league for the seventh season in a row, and some wonder how secure Housley’s job really is. He feels strongly that his experience—both playing and coaching—has prepared him well for situations that are less than favorable, and will use those times of adversity to help him keep his team motivated, and turn the franchise around.

“I look back and there’s been some very difficult times in my life where there’s been adverse situations, and that’s where I draw my experience from,” said Housley. “I do feel confident I can get the job done here. We haven’t gotten the results. We’re in a development stage, and sometimes that takes time. I know that’s not what people want to hear because of the situation that has happened here. There were some high expectations after we won first overall, and we were four games above .500 coming into March. There have been some signs of some improvement, we just haven’t gotten results. The last thing people remember is just our last games, and what has gone [on] in place here over the last 25 games.”

Housley realizes that this is not the situation that the organization wants to be in, but he is not ignoring the things that have gone well for the Sabres this season. The impact that the young players have had on the team’s success is important to the development of the roster. Housley is excited to see the improvement of these younger guys as they have adjusted to the highest level competition in hockey.

“There is a lot of progress in development within our young players,” stated Housley. “You look at Rasmus Dahlin and what he has been able to contribute. Jack Eichel is having a career year. Sam Reinhart is having a career year. Obviously, Skinner is scoring 37 goals. There’s a lot of good pieces to our team. Obviously when we’re all said and done, we’re going to have to take a look at our personnel, and evaluate the individuals on our team. That will be done next week, but, tonight, what we can control is how we prepare for Nashville.”

There are pieces on the Sabres that have been stellar all season long. Rasmus Dahlin has 41 points as an 18-year-old rookie. Jack Eichel has 50 assists this season, which is 11 more than he had last season, which may be a result of adding Jeff Skinner to the roster.

The issue that the Sabres have faced since late December is executing as a team, but they have not given up on each other. One characteristic that Buffalo Bills and Sabres owners Terry and Kim Pegula have tried to find within the teams’ respective coaching staffs is their ability to establish a culture. Last year, it was an issue for the Sabres, but Housley feels that they have successfully turned that around this season.

“That was big focus coming into the season was just our culture,” Housley pointed out. “I think our culture has been very good. It’s a good group in there, they’re trying to do the right thing. We haven’t gotten the results obviously, but they continue to stay tight and stay together, which was a big emphasis on this season. From that respect, our culture is in a good place.”