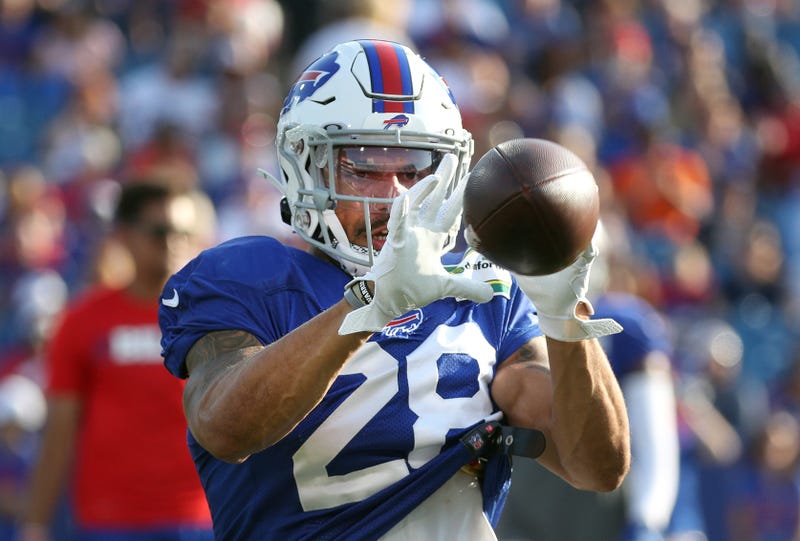 The team also announced the signing of seven practice squad players who had previously been with the club:

As part of the league’s International Pathways Program, Wade’s spot on the practice squad will not count towards the 10-man limit. However, he is also ineligible to be activated by the Bills or signed by any other team throughout the 2019 season.

Multiple reports also say the Bills are signing former Dallas Cowboys linebacker Nate Hall to their practice squad, although that has not been conformed by the club.

Former University at Buffalo quarterback Tyree Jackson was not re-signed to the practice squad, and reportedly has a workout scheduled with the Detroit Lions.

“Tyree’s is a young player, and he’s just starting his journey,” Beane said of the quarterback. “Going with two quarterbacks is delicate because one injury and you’re either bringing a guy on the practice squad up or you’re going to get a veteran. Ideally, you have a guy in-house that's ready to go,” while acknowledging that the team is still interested in and looking at other quarterback options for their practice squad. “What I would say is Tyree is a rookie and quarterback is the hardest position in any sport to play, and he still has a very good chance to play in this league. He’s a great young man. He works hard. I think he’s got the smarts and the intangibles. But he’s a young player. And also, we had a lot of new parts on offense. He probably didn’t get as many reps as maybe some other guys did, in fairness to him. Right now, we’re not bringing him on the practice squad. It doesn’t mean we wouldn’t in the future. We’ll continue to monitor him and he could easily be back here at some point.”