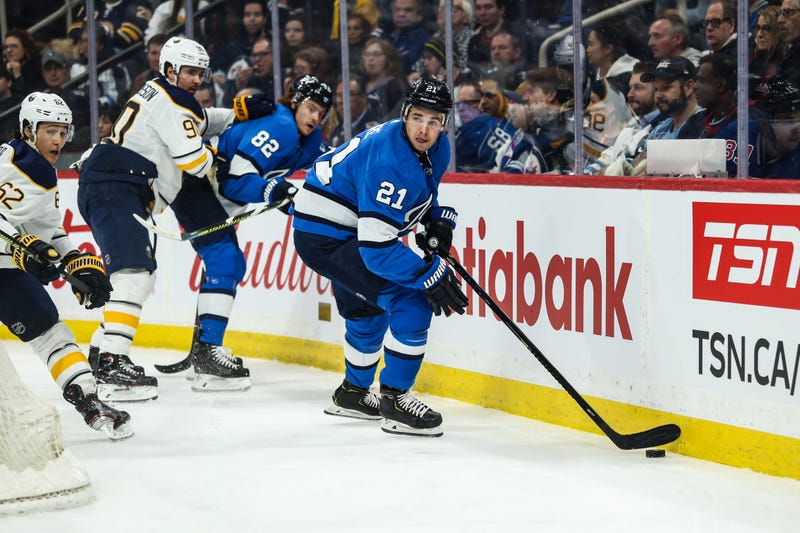 The Buffalo Sabres wrapped up their four-game Western Conference road trip on Tuesday night against the Winnipeg Jets and ended up falling by a 3-1 score at Bell MTS Centre.

Buffalo's losing streak hit the four-game mark on Tuesday with all of those defeats coming on the road since the NHL Trade Deadline. Winnipeg was able to bury the Sabres with three early goals before Buffalo got on the scoreboard.

The home side struck first with about 14 minutes gone in the first period when Jets captain Blake Wheeler picked up a puck in the neutral zone and skated up the right wing side of the Sabres zone. Wheeler then fed forward Kyle Connor, who crashed the net hard and deposited the one-time feed past Carter Hutton for a 1-0 Winnipeg advantage.

The Jets added another before the period's end, and it was of the shorthanded variety. With forward Nick Shore in the box for slashing, the Winnipeg penalty killing units forced a turnover and sprung into the Sabres end once more. Connor snapped a hard pass towards the goal mouth, which was deflected by defenseman Tucker Poolman through the legs of Hutton. Winnipeg's lead was suddenly 2-0 as they scored twice within a 2:06 span.

That 2-0 score ended up standing through the first 20 minutes.

Buffalo's deficit reached three with 3:41 gone in the second period with Rasmus Ristolainen in the box for a tripping minor. This time, Connor struck again for his second goal of the night on the power play. It was also Connor's third point of the night for Winnipeg as he paired his two goals with an assist on Poolman's shorthanded tally.

The Sabres finally broke their goose egg just past the halfway mark of the contest when Ristolainen muscled a puck past Hellebuyck. Ristolainen shuffled, what looked to be, a centering pass towards Johan Larsson in front, but the puck ended up deflecting off a defenseman in front and into the Winnipeg net, making it a 3-1 score.

The Jets entered shut down mode from that point on, preserving their two-goal lead and holding the Sabres at bay.

Buffalo's last win came back on Sunday, Feb. 23 at home against the Jets at KeyBank Center.

The Sabres return home for a Thursday night clash with the Pittsburgh Penguins at KeyBank Center. Buffalo has a chance to sweep the season series from the Penguins after winning the first two matchups of the season in Pittsburgh. Faceoff is set for 7 pm. with the Paul William Beltz Pregame Show starting at 6 p.m. with Mike Schopp and the Bulldog live from (716) Food and Sport.