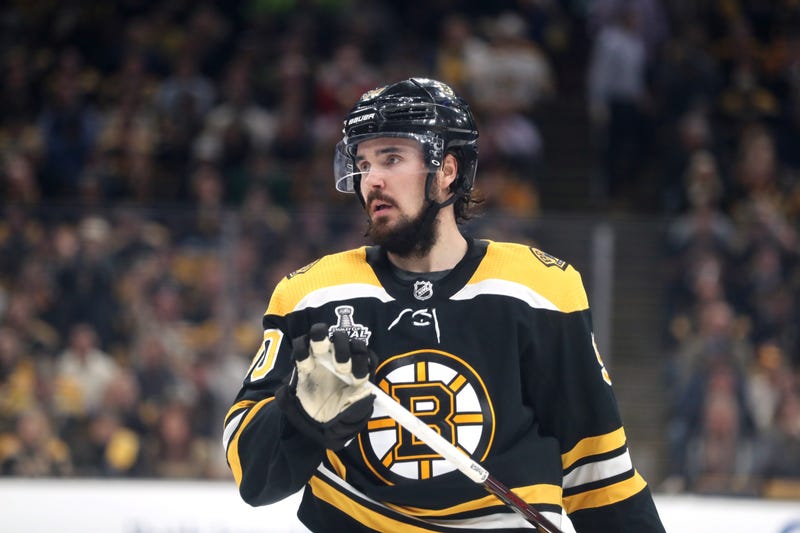 The Buffalo Sabres made their first big splash in free agency on Saturday with the signing of forward Marcus Johansson.

The 28-year-old is coming off a season where he spent the first 48 games of the regular season with the New Jersey Devils before being traded to the Boston Bruins before the NHL Trade Deadline. After 10 regular season games with the Bruins, he went on to play in 22 playoff games where he was a key depth piece to help Boston earn their place in the Stanley Cup Final against the St. Louis Blues.

This offseason, Johansson became an unrestricted free agent, free to sign with any team of his choosing. After going the first six days of free agency unsigned, he ended up choosing to sign a two-year deal with the Sabres.

"I think with talking to [head coach] Ralph [Krueger] and [general manager] Jason [Botterill], I like what Buffalo has going," Johansson said to the Buffalo media on Monday via a conference call. "I think talking to Ralph, he has some really good ideas on how to play, and it's a really young and exciting team I'm looking forward to it, and once I came down to it, I was really happy that I ended up going to Buffalo."

Johansson was drafted in the first round (24th overall) of the 2009 NHL Draft by the Washington Capitals out of Sweden as a center. In his first couple of seasons in the NHL, Johansson played center but eventually moved over to the left wing, where he has played most of his hockey since.

When talking with the Sabres before signing, Johansson said that he didn't have too many discussions about whether or not he would play center or play on the left wing. However, the veteran is open to playing wherever he is needed in the lineup.

"Wherever I can help and play, I'm there for it and whatever they need me to do," Johansson said. "I've played both [left wing and center]. I've played mostly left wing over the last however many years, but whatever they need me to do, I'm up for it. I think that's why everyone comes to play is because you want to help your team win. That's my main focus. If it's at center, it is. If it's at left wing, I'm happy to do both.

In his nine-year career in the NHL, Johansson has put up 334 points (120+214) in 588 games with the Capitals, Devils and Bruins. He is a playmaking forward that is known for driving play up the ice and into the offensive zone, as well as being a power play specialist.

When he was traded to Boston at the trade deadline, Johansson found himself a nice role with the Bruins and produced admirably. In those 10 regular season games, Johansson scored a goal and picked up two assists along the way. However, it was in the playoffs where he really found a niche for himself in the lineup and fit in with the style of play in Boston.

"I think it just fit me," Johansson said. "I think it was the defense we played and then trying to get the puck back as quick as possible and play offense, and then being able to do what you're good at and use your offensive skills. I think that made guys very comfortable offensively. I don't think Ralph is very different than that. I think the skill that Buffalo has with Jack Eichel, [Jeff] Skinner, and then even on defense with Rasmus Dahlin and all those guys, I think that's going to help them too."

When talking with the Sabres, Johansson also liked what new head coach Ralph Krueger brought to the table and what he has in store for the team moving forward. However, it was more than just his ideas that won the free agent forward over.

"First of all, he seems like a really, really good person, and seems like a good coach, a players' coach, and very welcoming from the start," Johansson said. "I think some of the ideas that he has and the way he wants to play hockey too for the young guys, it's exciting and it's something I'm excited to be a part of."

You can listen to his entire conference call with the Buffalo media below: