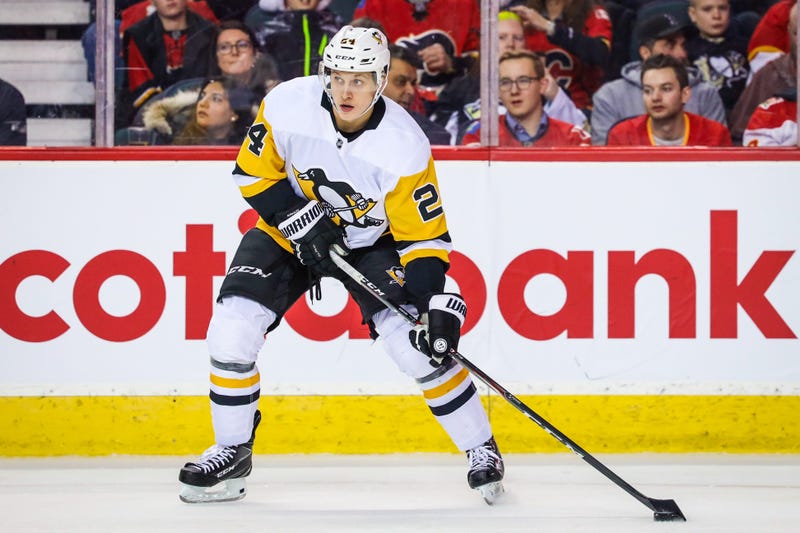 Dominik Kahun is set to make his Buffalo Sabres debut on Friday against the Vegas Golden Knights as the team will play the second game of a four-game Western Conference road trip.

The second-year forward was paired with Marcus Johansson and Jimmy Vesey on Thursday during the team practice at T-Mobile Arena. Kahun can play the wing or center for Buffalo, giving the team some versatility and options when deciding on what line combinations might work best.

Head coach Ralph Krueger raved about Kahun’s ability on Thursday, saying that he, “just looks really comfortable. It’s excellent that he had that friendship with Henri Jokiharju last year. You can see that they’re hanging out and he’s just a part of the living room already.” Krueger continued, saying that he's, “very coachable, very open minded and it was good to see the skillset that I already know on the ice, and it’s certainly another tool for us offensively.”

Krueger added that, “because he played center a good portion of his life, he’s the kind of profile that we really like here in Buffalo, somebody who understands the game away from the puck. Anybody whose played center most of his career is able to step into our system than somebody who is just coming in as a winger.” Kahun’s professional career began with EHC München in the Deutsche Eishockey Liga in Germany before signing with the Chicago Blackhawks prior to the 2018-19 season.

When I asked Kahun about what type of player he is, the 24-year-old said that he can “bring energy. I’m a hard worker, I skate, I try to help my teammates, but I’m also skilled and I want to make plays. I just want to make my teammates better.” Kahun also won a silver medal in the 2018 Winter Olympics as a member of the German team that lost to the Olympic Athletes from Russia in the men’s hockey gold medal game.

He did not play in last Saturday’s game for the Pittsburgh Penguins against the blue and gold, missing the game due to a lower-body injury. But that did not stop Kahun from seeing what type of team the Sabres can be, saying, “when we played with Pittsburgh against Buffalo, I saw that there is so much talent in this team, and it’s a very young team but there’s lots of talent, so I am excited.” Kahun scored 10 goals, while adding 17 assists in 50 games with the Penguins this season.

Yesterday Kyle Okposo did not skate after being given a maintenance day. As expected, he will be in the lineup for the blue and gold tonight on a line with Johan Larsson and Zemgus Girgensons. Michael Frolik will be the healthy forward scratch for Buffalo tonight, according to Krueger. The bench boss did not say who will take Frolik’s place on the penalty kill.

Carter Hutton will start in goal for the Sabres tonight. It will be his fourth start against Vegas in his career, with a 2-1-0 record against the Golden Knights. He was not in net for Buffalo’s 4-2 win against Vegas back on January 14th, a night where four different players scored for Buffalo.

Robin Lehner will be between the pipes for Vegas tonight, according to head coach Pete DeBoer. Lehner has faced his former team seven times in his career, going 3-2-2 against Buffalo. Tonight will mark his 299th NHL appearance after making 31 starts for the Chicago Blackhawks this year. Lehner was acquired by Vegas at the trading deadline from Chicago where he recorded a 3.01 goals against average and .918 save percentage. That comes one year after winning both the Bill Masterton and William M. Jennings trophies last season as a member of the New York Islanders. The Golden Knights will be without Mark Stone who is battling a lower body injury.

Tune into the pregame show tonight, Brian Koziol and Paul Hamilton will be joined by Krueger, Kahun, and former Golden Knight Colin Miller. Pregame coverage on the flagship home of the Sabres Radio Network – WGR Sports Radio 550 begins at 9 p.m. with Buffalo and the Golden Knights dropping the puck just after 10 o’clock as well.