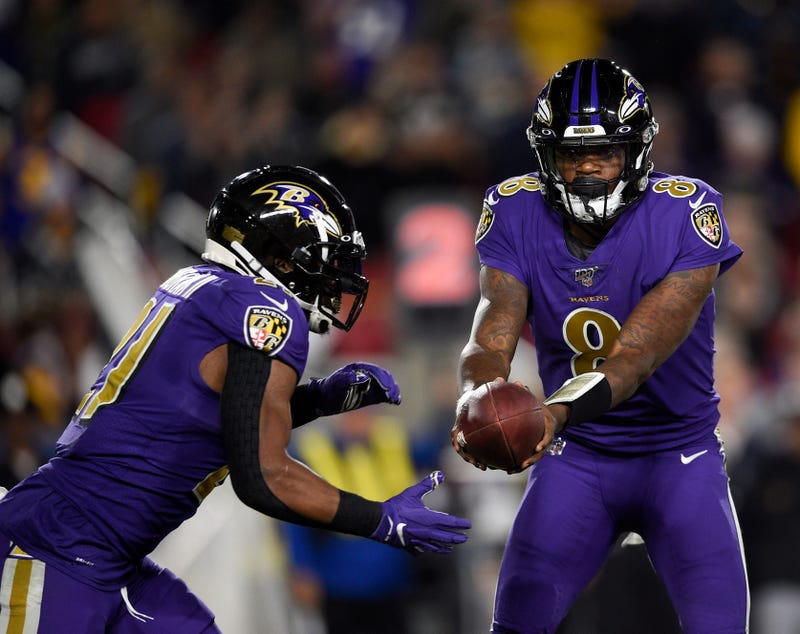 The Buffalo Bills know they are in for quite a different challenge this Sunday against the Baltimore Ravens at New Era Field. A challenge head coach Sean McDermott called "unique."

"It’s a unique challenge for us, and probably most teams around the NFL, because of the system they run,” he told the Buffalo media at his weekly Wednesday press conference.

The Ravens boast the league’s top rushing attack, averaging over 207 yards per-game, and 5.6 yards per-run. Quarterback Lamar Jackson is leading the way with 977 yards on 140 carries for a league-leading 6.98 yards per-carry. Jackson needs 63 yards to surpass Michael Vick’s record for the most rushing yards by a quarterback in a single season. Vick ran for 1,039 yards back in 2006 as a member of the Atlanta Falcons.

Jackson isn’t the Ravens' only rushing threat, and he’s not just a runner. Baltimore also has the No. 4 and No. 5 rushers in the NFL, as far as average yards per-carry. Gus Edwards is averaging 5.05 yards per-clip, while Mark Ingram, Jr. is averaging 5.04. Jackson is second in the NFL with 25 touchdown passes, only one behind Russell Wilson’s 26.

“He does so many things so well,” Bills defensive coordinator Leslie Frazier said about Jackson. “He seems to be a really bright young quarterback who understands, obviously, the run game, but has a good feel for the pass game, as well. You really don't want to sleep on what he does in the passing game, his ability to be able to find people in zones and find the mismatches in man. But his ability to run around with the football and scramble and make plays, and then the designed runs for the quarterback puts a lot of pressure on your defense. So, he does a lot of things well and you really can't pinpoint and say ‘if you can take this away, you really have him down.’ But he does a lot of things well so it'll be a challenge.”