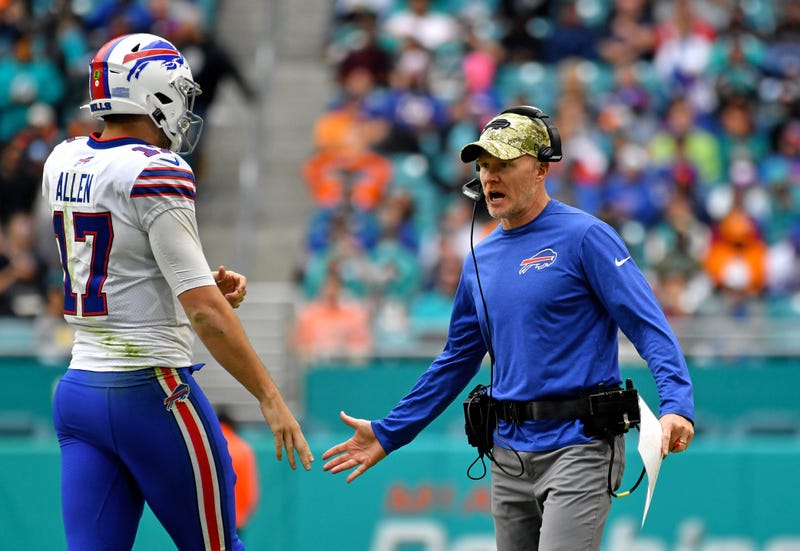 After a 37-20 win over the Miami Dolphins last week in South Florida, the Buffalo Bills return home to the friendly confines of New Era Field this week to host the Denver Broncos in Orchard Park.

Last week was a decent all-around performance for the Bills with plenty of scoring on the offensive side of the football, and the defense was able to limit Miami to just 20 points and got to Dolphins quarterback Ryan Fitzpatrick seven times for sacks.

Josh Allen led the way for the and accounting for four touchdowns, which earned the second-year quarterback the honor of AFC Offensive Player of the Week for the second time in his career. Allen was able to connect on three passing touchdowns, two to wide receiver John Brown and one to tight end Dawson Knox, and he added one on the ground to give Buffalo, arguably, its best offensive output of the season.

While the Broncos come into Sunday's matchup with a 3-7 record, they have been a tough team to crack, especially with their top-five ranked defensive unit led by pass rusher Von Miller. The offense has struggled, at times, this season to produce points, but Denver has a number of threats both on the ground and through the air.

Bills head coach Sean McDermott joined Howard Simon and Jeremy White on Friday as part of his weekly Buffalo Football Friday appearance on WGR. He discussed the team's upcoming meeting with the Broncos, as well as the progress of the offense, the play of Allen, and more.

McDermott on how the team has handled pressure this season:

"I think they're doing a phenomenal job of it, honestly. They're a very resilient group. They prepare hard during the week, and when you do that, you can play a certain style on the weekend because you're giving yourself a chance by the way you prepared."

McDermott on being a teat that controls its own destiny:

"We're trying to develop a good winning football team and build it the right way. That also means the right type of mindset. When you're trying to become that type of team, [where other teams] are targeting you and we're doing things the right way, they respect us. That's where we want to be. We've worked hard to get here, and no we have to continue to stay hungry on the path to the end of the season here."

McDermott on the progress of the offense over the course of the season:

"What we've been trying to do is to continue to try and grow, and that's part of the growth mindset is that all three phases growing and learning every week. We've made some mistakes, which is natural for the journey,and that's basically just intelligence as we move forward for us in trying to become a stronger football team in all three phases. In this case, on the offensive side, as well."

McDermott on Josh Allen's performance against the Dolphins:

"He let his personality show more than anything. He trusted the system, trusted his teammates, and the offensive line gave him time and we were able to establish the line of scrimmage in the run game as well. That was important for us and for Josh, as well, throughout the game."

McDermott on balancing out the offensive attack from week-to-week:

"Every week we're going to try and put our players in a position to be successful. Whether it was the no-huddle last week or what we do going forward, that's the goal. Certainly [the Broncos'] defense this week is formidable, from the standpoint of the players that they have, and they have a good system and they're well coached. It will be a big challenge for us."