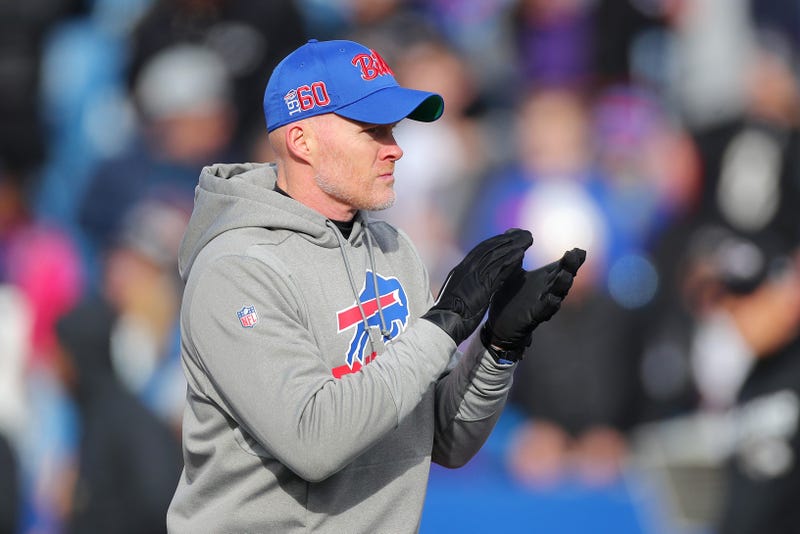 The Buffalo Bills have a chance to clinch a playoff berth this weekend with a win over the Pittsburgh Steelers on Sunday Night Football at Heinz Field in Pittsburgh.

It is the first time in a long time where the Bills will control their own destiny with punching their ticket to the postseason. A win in any of the final three games for the Bills will guarantee them their second playoff appearance in three seasons under head coach Sean McDermott.

Last week, the Bills faced a stingy opponent in the Baltimore Ravens with one of the top-ranked offenses and defenses in the National Football League. While they struggled offensively at the start of the game, the Buffalo defense did a fairly decent job of containing Lamar Jackson and the Ravens offense. However, the Bills fell behind and their comeback effort was too little, too late in a 24-17 loss.

However, where the Bills may have an advantage this week is facing a Pittsburgh offense that is under the leadership of an undrafted rookie quarterback in Devlin "Duck" Hodges. The Steelers currently rank 28th overall in average yards per-game, 23rd in average points per-game, and 20th in average time of possession.

If the Buffalo defense can do a nice job of shutting down the Pittsburgh offense, the offense under Josh Allen may be able to do some damage, even if the outcome may be a low-scoring affair.

McDermott took the time on Friday to join Howard Simon and Jeremy White for his weekly Buffalo Football Friday appearance on WGR. The Bills head coach gave us a look ahead to Sunday night's matchup with the Steelers, some thoughts on the growth of Allen and running back Devin Singletary, and more.

McDermott on the buzz surrounding Sunday's game in Pittsburgh:

"There's good energy. There's been good energy all year in our building, which is key to success. Having said that, everyone understands that it's a one week at a time approach. You see it every Sunday when you look at the scores. You have to take the right approach, the right focus into each and every week in the NFL."

"[We have to respect] the process, and making sure we detail our work and respect every opponent. This is certainly a strong opponent this week that's playing very well, and we're going to their place to play in, what should be, a very fun environment."

McDermott on Josh Allen's resilience and ability to bounce back from a bad game:

"He does well with it overall. There's no one that's harder on himself than Josh is, and we look at everything and evaluate everything. Whether it's Josh or any other player, or a concept that we do or any part of what we do off the field, it's a continual adjustment process and embracing that growth mindset. Josh does that as well as anyone, and he'll continue to grow. Even going into last week's game with how well he had played prior to that, it's still a journey. There's still going to be highs, there's still going to be lows, and we have to continue to adjust, as does Josh in this case, and us as a football team."

McDermott on facing heavy blitzing teams in the final stretch of the schedule:

"It's a copycat league. Sometimes what one opponent does to us another opponent will try to grab from that blue print and use that. Whether they do it to that extent or not remains to be seen. But that's something that for us, for Josh, and our offense and the growth of our offense, we have to continue to grow and make adjustments and show that we can execute at a higher level, or else we'll continue to see it over and over and over again."

McDermott on the growth of running back Devin Singletary:

"He's light-years ahead of where he was [earlier] in the season, and it's a credit to him, his coaches, and his approach to each and every week. He's such a great young man. He's humble, he's hungry, and he just really personifies everything that we're about. You watch the way he's developed in his pass protection, not only just the assignment part of it, but also the physical part of it. He's really turning into an all-around back."

McDermott on the Steelers defense:

"Right away, they're forcing a ton of turnovers, and then their talent on the defense is numerous No. 1 picks. T.J. Watt, Bud Dupree is out there, they've got [Cameron] Heyward on the inside, they just drafted [Devin] Bush this offseason. Then you look at the back end with Joe Haden, they traded for Minkah Fitzpatrick. They're a really talented group, so we'll have our work cut out for us, but we're confident going into it."

McDermott on Devlin "Duck" Hodges and the Steelers offense:

"He's a player that's playing with a lot of confidence right now. It seems to me that their offense has responded to him and the way he plays. It all starts up front for them. They've got a tremendous offensive line... one of the best offensive lines maybe in the game. So we have a lot of respect for them. How they built it, inside out, and then the speed that they have on the perimeter is substantial with the receiving corps."

McDermott on the team's road success this season:

"I think we've got a resilient bunch. We're well organized from an operational standpoint. Our staff does a really great job of understanding what we need to be successful on the road, and the Pegulas provide an opportunity for us to be comfortable when we're on the road. And then our fans. You look back at the places we've traveled and all the fan support we've gotten. Whether it's in Miami, Tennessee, wherever we've gone, that fan base and that fan support is important to us."