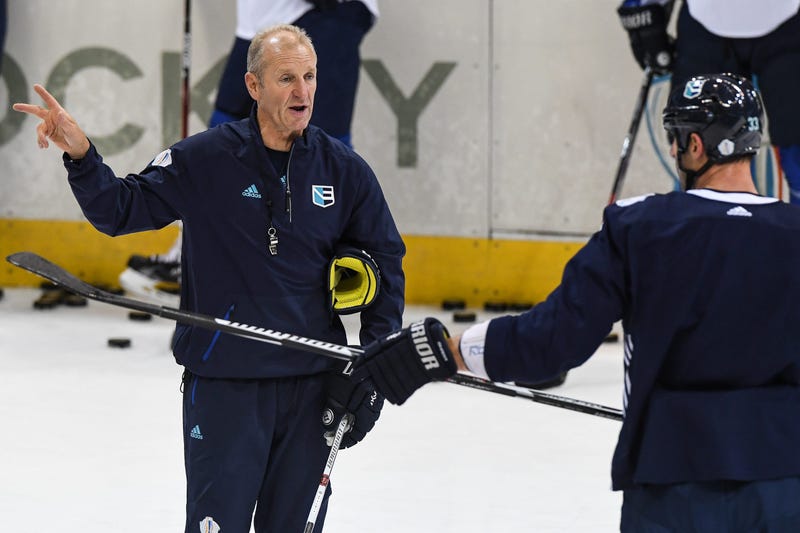 Krueger will take over for Phil Housley, who lasted two years in Buffalo before being fired in April.

For the last five years, Krueger has been the chairman of the Southampton Football Club, which plays in the English Premier League.

TSN's Pierre LeBrun had talked to Krueger weeks ago, and told LeBrun that he’d like to return to the NHL, but probably not in coaching. Jason Botterill has apparently changed his mind.

Krueger had a short stint as the head coach of the Edmonton Oilers in the 2012-13 season. He went 19-22-7 in the lockout-shortened season, and when Craig MacTavish was hired as general manager, he fired Krueger and hired Dallas Eakins.

In the World Cup of Hockey, Krueger coached Team Europe and got them all the way to the final against Canada. The Canadians won the best-of-three series.

This isn’t the first time Botterill has interviewed Krueger. He also spoke with him before hiring Housley in 2017.

Steve Smith is the only Sabres assistant coach that hasn’t been told he can look for work. Smith coached in Edmonton with Krueger.

Sportsnet's Elliotte Friedman was the first to report that there was a decent chance that Krueger would get the job.

One of the things that Krueger does really well is coach to his players' strengths. He also brings positivity to the team in his teachings.