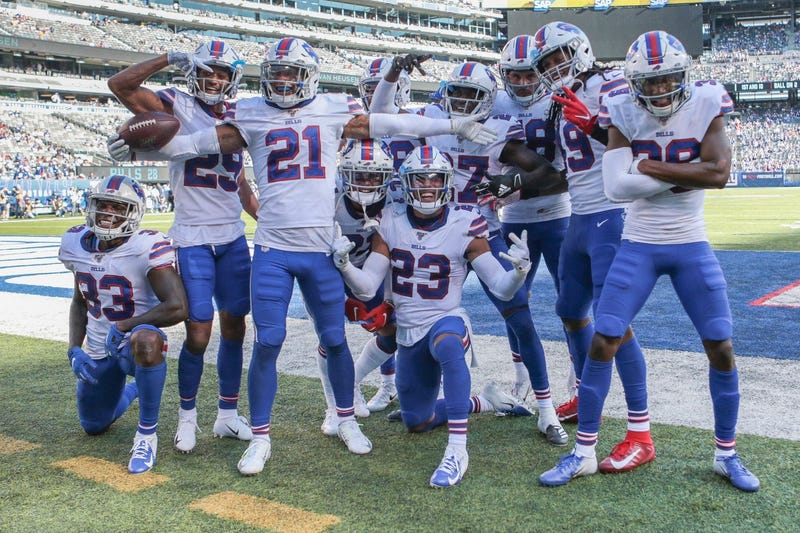 The Buffalo Bills will look to start the 2019 season 3-0 this Sunday at New Era Field for the team's home opener against the Cincinnati Bengals. It would be the first time since 2011 that the Bills began a season with a perfect 3-0 record.

The first two weeks have gone relatively well for the Bills with wins over the New York Jets and New York Giants at MetLife Stadium.

However, the Bengals will present a challenge for the Bills despite their 0-2 start to their season.

Cincinnati's defense can present some problems for the Buffalo offense, especially up front with their front-four, which includes defensive tackle Geno Atkins and defensive end Carlos Dunlap.

The Bengals' offense has shown flashes of brilliance in the first two weeks of the season, led by quarterback Andy Dalton, who has already thrown for 729 yards and four touchdowns. Cincinnati has not gotten the run game with Joe Mixon or Giovani Bernard going as well as they would like yet, but they have had the passing game going well, especially with the recent explosion of former first round wide receiver John Ross III.

The Buffalo defense will have to try and contain the Cincinnati offense this week, just as they did with the Jets and Giants. As of right now, the Bills rank sixth in the NFL in fewest yards allowed per-game (296.5), and fifth in fewest points allowed (30).

One key piece to the Bills defense is safety Jordan Poyer, who has racked up 11 tackles and an interception in the first two games of the season. He joined Howard Simon and Jeremy White on Thursday morning to talk about the team's hot start to the season, as well as the recent success of the defensive group.

Poyer on the 2-0 start to the season:

"We've got to keep working, because we haven't done a whole lot yet. It is exciting, but honestly we're still hungry. It's a good feeling on Sunday after the game and Monday when you do get a victory, and it kind of fuels you to want more. It is exciting, but we're excited to keep continuing to try and pull some victories."

Poyer on the atmosphere of a Bills game day at New Era Field:

Poyer on the defensive group in Buffalo:

"By far it's the best defense I've ever been on, and it's the most cool group of guys you could ask for to be able to go to work with every single day. You share a bond, you start to build a bond over the years, and then got some [more players] coming in and you start to build even more, stronger bonds. You go through tough times,you go through good times. It's just the brotherhood we have on this team, and I'm not even talking just on the defensive side of the football. Special teams, the offense, and even the coaches and the training staff. This whole organization as a whole is one you want to be a part of... We just want to continue to build that."

Poyer on the growth of Josh Allen:

"He's taken a huge step from Year 1 to Year 2. I think his confidence has always been there, but I think his confidence in himself and the guys around him and his coaches - for me, I think that's one of his biggest jumps. His command of the offense right now, [he had] zero takeaways last game, just learning from Week 1 to Week 2. Obviously he didn't have the game maybe he wanted to have Week 1, but he still went out there, still competed and won us the football game. Then going from four turnovers to zero turnovers the following week, that's talking about growth, talking about a guy learning from his mistakes. I'd go to battle with Josh each day of the week."