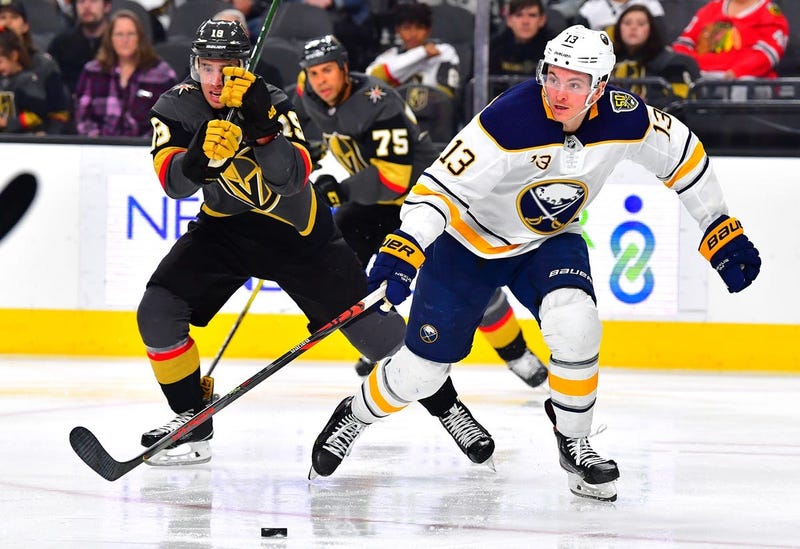 Each of the first two games on the Western Conference road trip for the Buffalo Sabres have followed the same theme; a strong effort through the first two periods have put the team in a spot to at least get a point if not both. However, again on Friday night, the end result was a loss, this time to the Vegas Golden Knights.

The Sabres have no time to dwell on their two losses as they are right back on the ice to take on the Arizona Coyotes on Saturday night at Gila River Arena. The Coyotes have been tough at home since turning the calendar to 2020. They have recorded points in 11 of their 13 games at home since Jan. 1 with just regulation losses to the Carolina Hurricanes and Florida Panthers.Jake McCabe had an honest assessment of the team’s play on Friday, saying that, “we had a lot of fight in this room, we played a good game tonight up until the third period. Had a couple defensive breakdowns, but going into two tough buildings in a tied game, there’s nothing more you can ask for on the road especially. That’s a good situation to be in.” Buffalo did not take a penalty in the loss to the Golden Knights on Friday.

Head coach Ralph Krueger believed that his team was in a good spot to notch two points on Friday. He believed that, “we had a really good hockey game going here, and I enjoyed the performance through 40 minutes. I thought that on both sides of the puck, we played a really strong game here today and just had a lapse to give them the lead in the third. Where it was an even game and you’re waiting for a breakdown and we gave it to them.” The Sabres outshot Vegas 19-11 in the third period, but a majority of that came after a pair of goals just 2:19 apart by the Golden Knights.

Jeff Skinner was very active in the loss on Friday. The chemistry with Wayne Simmonds and Curtis Lazar was on display early, with the forward getting several quality scoring chances throughout the game. However, Skinner knows that, “unfortunately we couldn’t find one. Early in the game, I think maybe it woulda been nice to get one there and sort of change the momentum at some point, but hopefully we can build off that because we got some good chances. Now we just have to find a way to bear down.” He recorded his 13th goal of the season with just under 12 seconds to go in regulation.

The Coyotes will finish a three-game homestand when they welcome the blue and gold on Saturday. They are coming off of a 2-1 loss to the Panthers on Thursday and have lost three of their last four games overall. Arizona sits at 70 points coming into this matchup, which has them on the outside of the playoff picture currently. They are four points out of the third place position in the Pacific Division, and two points behind the Nashville Predators for the second Wild Card spot in the Western Conference.