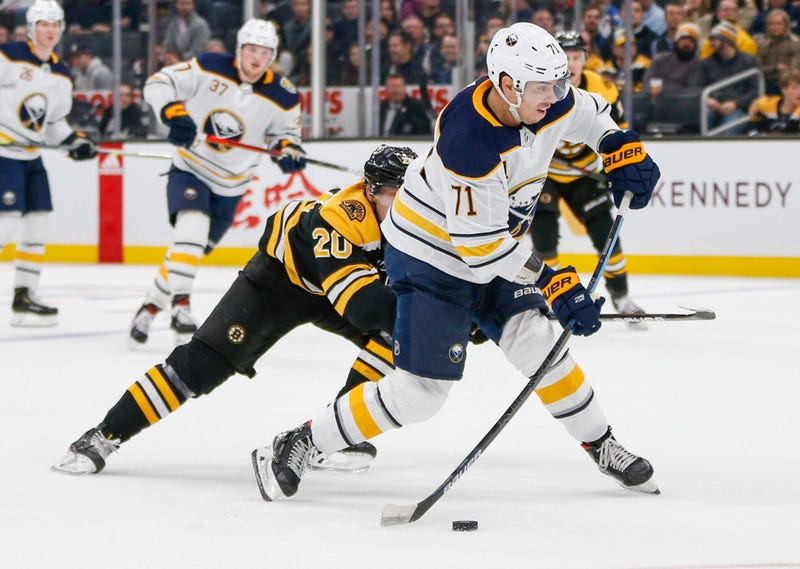 It seems that another member of the Buffalo Sabres wants out.

According to TSN hockey insider Darren Dreger, Sabres forward Evan Rodrigues has requested a trade out of Buffalo.

While Sabres veteran Dman, Zach Bogosian requested a trade, Buffalo forward Evan Rodrigues has also made his interests in a trade known. His name has been out there for awhile.

Joe Yerdon of The Athletic also added that Rodrigues is reportedly unhappy with his role on the team and his lack of ice time, and that he wants to play where he can get more ice time.

A source tells The Athletic that Sabres forward Evan Rodrigues, who will he scratched tonight, does not see a future with the organization. Story is forthcoming.

Rodrigues will be scratched on Tuesday night against the Tampa Bay Lightning for newly signed winger Dalton Smith.

The 26-year-old has had a tough season in Buffalo this year with zero goals and three assists in 24 games this season. He has played parts of five seasons in the NHL, all with the Sabres, producing 21 goals and 44 assists in 178 career games.

Coming off of a career year in 2018-19, Rodrigues and the Sabres went to salary arbitration in the offseason, where Rodrigues was awarded a one-year, $2 million contract.