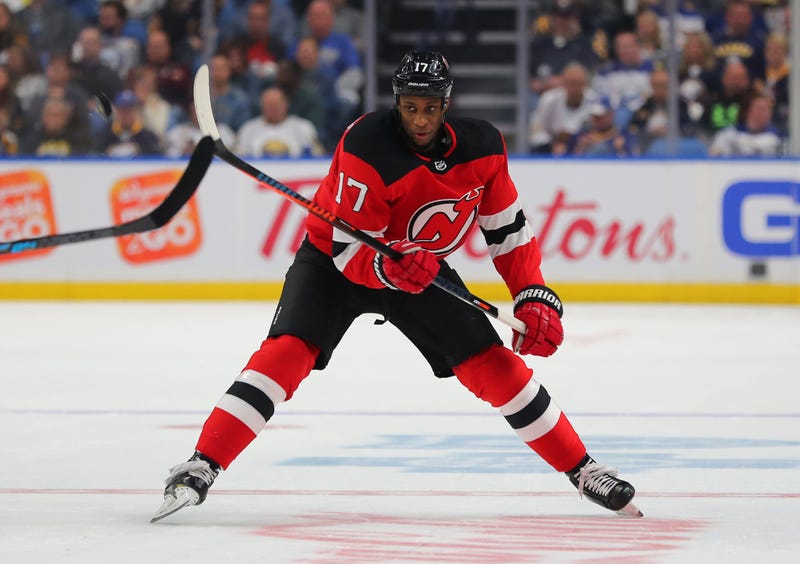 The Buffalo Sabres have acquired forward Wayne Simmonds from the New Jersey Devils in exchange for a conditional fifth-round pick in the 2021 NHL Draft. pic.twitter.com/wNy3cReg9G

It is reported that if the Sabres manage to make the playoffs and Simmonds appears in 10 playoff games, the fifth round pick will become a fourth round pick in the 2021 NHL Draft.

TSN's Pierre LeBrun adds to the depth of this trade by saying that the Devils will retain 50% of his current salary, which will add $2.5 million to the Sabres' salary cap. LeBrun also adds that there are no talks of a contract extension in place with Simmonds, but it's certainly a possibility for the pending unrestricted free agent this summer.

Devils retain 50 percent of Simmonds' $5M-salary/cap hit. There's no extension in place with Buffalo for the pending UFA but it's a possibility before July 1 depending on how he performs with the Sabres.

Over the course of his 12-year career in the NHL with the Los Angeles Kings, Philadelphia Flyers, Nashville Predators and the Devils, Simmonds has scored 251 goals and amassed 247 assists for 498 points in 902 games. Over the course of the last three seasons, Simmonds has been honored with the Mark Messier Leadership Award, which is given out to the player that leads by positive example through on-ice performance, motivation of team members and a dedication to community activities and charitable causes.

Simmonds was a second round pick of the Kings (61st overall) in the 2007 NHL Draft.

According to CapFriendly.com, the Sabres now have just north $5.941 million available on the salary cap.