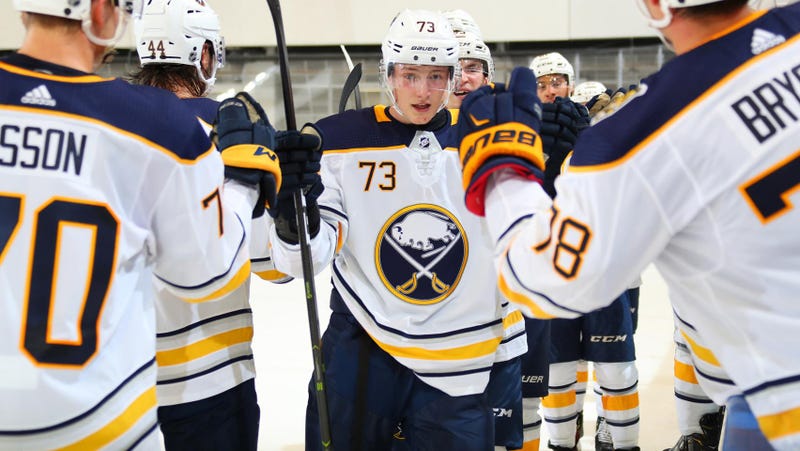 September 19, 2019 09/19/2019 3:55 pm
The Buffalo Sabres have made their first roster cut of the preseason, sending forward Matej Pekar back to the Barrie Colts in the Ontario Hockey League.

The 19-year-old only made one appearance this preseason, registering three shots, four hits and three blocked shots in 13:42 of total ice-time on Tuesday night against the Columbus Blue Jackets.

Pekar returns to the Colts this season after scoring 14 goals and adding 22 assists for 36 points in 33 games. However, his season was cut short after suffering a broken collarbone in January shortly after playing at the 2019 IIHF World Junior Championship with the Czech Republic.

At the World Juniors in Vancouver, British Columbia, Pekar went pointless in five games played, while picking up two penalties and a minus-1 rating. He is likely to represent the Czechs again on home ice this year at the 2020 IIHF World Junior Championship in Ostrava.

The Sabres drafted Pekar in the fourth round (94th overall) of the 2018 NHL Draft. He signed his entry-level contract with the Sabres back on October 17.