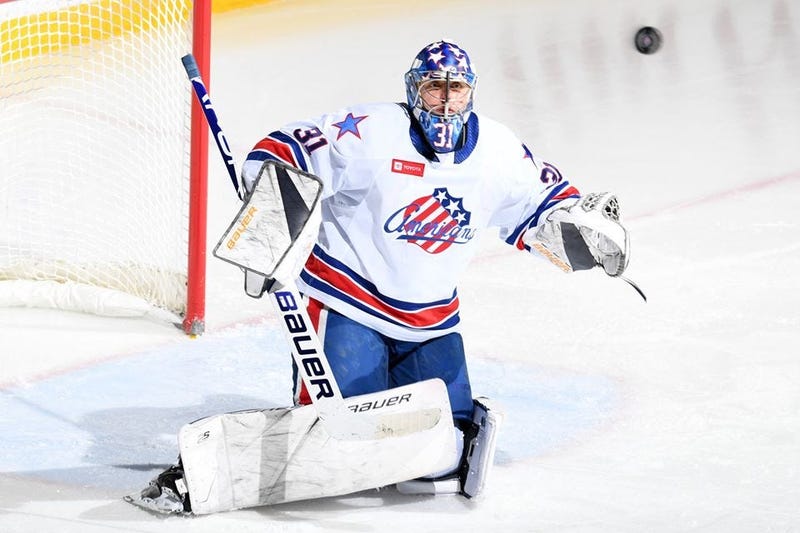 January 29, 2020 01/29/2020 3:37 pm
The Buffalo Sabres have called up goalie Jonas Johansson from the Rochester Americans of the American Hockey League on Wednesday after starting goalie Linus Ullmark suffered a lower-body injury in the third period of Tuesday night's 5-2 loss to the Ottawa Senators.

The Sabres have recalled goaltender Jonas Johansson from the Rochester Americans (AHL). pic.twitter.com/y3MJKWBNCD

Johansson is getting his first career call up to the Sabres after being selected by the team in the third round (61st overall) in the 2014 NHL Draft.

Johansson was named to his first career AHL All-Star Game this past weekend in Ontario, California where he was Rochester's lone representative on the ice. Amerks head coach Chris Taylor was behind the bench representing the Amerks for the North Division, while defenseman Lawrence Pilut had been named to his second consecutive All-Star Game, but he did not play after being called up to the Sabres on Sunday.

Sabres head coach Ralph Krueger said on the Howard and Jeremy Show on Wednesday that Ullmark will miss at least a few games with his injury, but the question now becomes how many games will he miss? Ullmark was attempting to go side-to-side in his crease on Tuesday night when he got his right leg caught up under him.

Ullmark has really started to establish himself as the No. 1 goalie in Buffalo with his solid play in the past eight games. The 26-year-old has posted a 16-14-3 record this season in 33 games with a 2.72 goals-against average, a .914 save percentage and one shutout.

Carter Hutton will now take over in goal as Buffalo starting goalie, despite his recent struggles with losses in 11 consecutive starts. In the limited action he saw on Tuesday, Hutton turned aside all four shots that he faced.

The Sabres will return to the ice for practice at noon on Wednesday at KeyBank Center.