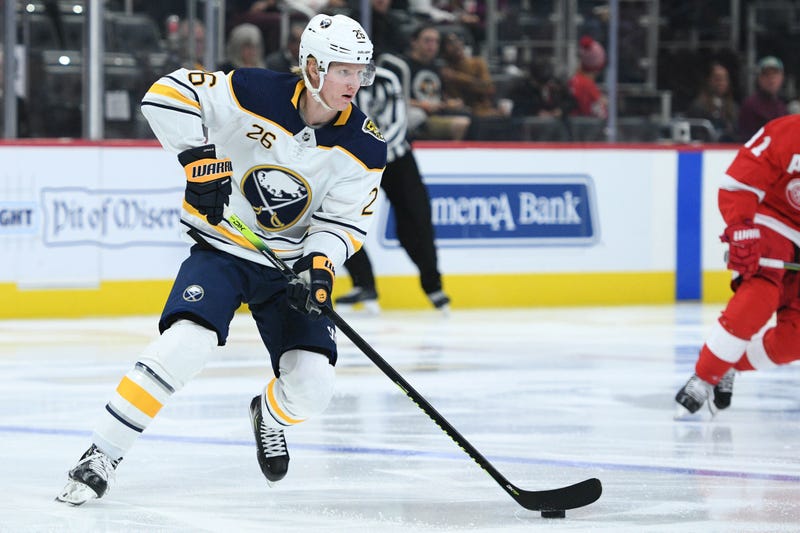 Rasmus Dahlin is listed as out indefinitely with his concussion. #Sabres https://t.co/W2xXO6lQTF

The biggest thing is both Dahlin and Sobotka were taken out by dirty hits from Erik Cernak and Nikita Kucherov. Cernak was suspended by the NHL for two games, and Jack Eichel said, "Obviously going back and seeing the video, it’s frustrating. Those are the type of things you want to get out of the game. He’s such an import part of our team and we’re going to miss him. So the league took care of it, so I’ll just leave it at that."

Ralph Krueger takes things in stride and always talks about all the great things happening in the room. After Wednesday’s morning skate, he got upset for the first time publicly when he was told Tampa Bay responded when one of their players was hit and his team has done nothing. Krueger shot back at the question, “Thank you for that opinion and we’ll deal with it the way we deal with it inside. We learn and grow from every game in many different ways and that’s another one where we can get stronger in the future.”

At first, Krueger said in both situations, nobody in the rink read it. He talked about after Dahlin’s hit, they’re trying to win a hockey game and they’re on a power play losing 3-2. With all that acknowledged, the part that many can’t understand is why wasn’t it addressed once the score got to 5-2? Krueger said the game isn’t played that way anymore, “The game has evolved, and what’s changed since the last time I coached is the respect of the players is much, much higher. I think there is a physicality that’s allowed and if it goes over, it’s punishable now and it isn’t that kind of a game anymore where everybody jumps over the bench and you clear the benches because something like that possibly occurred.”

Marcus Johansson is returning after missing seven games due to an upper-body injury. Jake McCabe is also back in the lineup after being a healthy scratch. Krueger said, “We walked into this stretch of our season saying that we have a wealth of defensemen, and we will be sitting different bodies out at different times, and that’s all we’ve been doing, rotating.

“Each and every one of them that has been sitting out has been excellent and professional and learning from being an observer, and I think for McCabe it was good to sit and watch that one and he’ll comeback stronger tonight I’m sure.”

Linus Ullmark will start in goal.

Calgary is in complete turmoil as head coach Bill Peters has been accused of racial slurs in the AHL and abusing players in Carolina. He will not coach on Wednesday as assistant Geoff Ward takes over.

Jeff Skinner played for Peters with the Hurricanes, but didn’t want to say too much, "He was fine with me, but obviously there’s a lot of stuff going on. I’m sure Calgary will get to the bottom of it, but I don’t really have a comment.

"I don’t really want to get into it. Obviously, they’re gathering facts. They’re doing their job and I’m sure you’ll find out more from them. They’ll get to the bottom of it. They’re sorting through all the facts."

The Flames have lost seven of eight games, and players that normally produce aren’t. Johnny Gaudreau has five goals this season and hasn’t scored in his last eight games. Sean Monahan has six goals and just one goal in six games.

Calgary has been shutout in three of its last six games.

Join Schopp and the Bulldog for the pregame at 6:00 live from (716) Food and Sport when they’ll be joined by Krueger, Eichel, Skinner and Johansson.