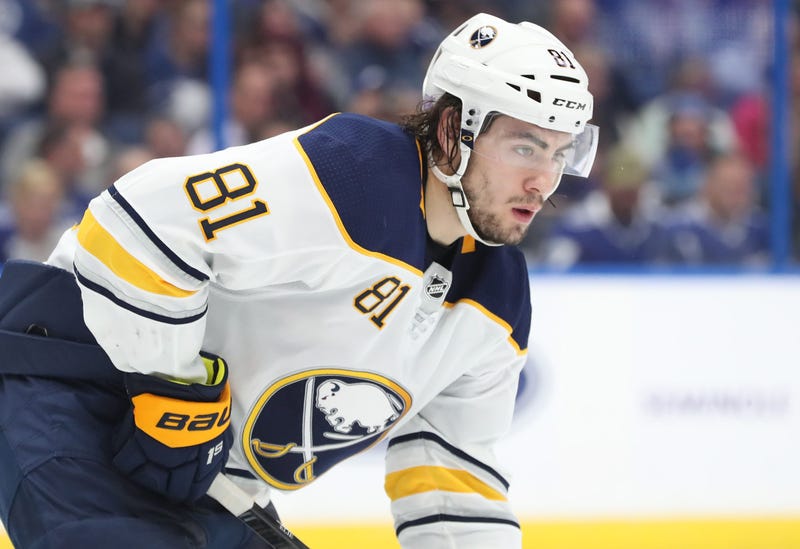 We have agreed to terms with forward Remi Elie on a one-year, two-way contract with an average annual value of $700,000.Details: https://t.co/YBnp4OmS3V pic.twitter.com/AZtSjV3fMA

According to Joe Yerdon from The Athletic, Elie met with league arbiters on Thursday with the hope that he could earn a one-way contract with the Sabres. However, he ended up settling for a two-way contract in the end.

This arbitration case is a bit different than the others but it’s about maximizing what you can earn. A two-way deal pays less in the AHL and Elie, coming off a one-way deal, wants to make sure he gets paid the same in either league.

The 24-year-old appeared in just 16 games last season for the Sabres after being a waiver acquisition from the Dallas Stars before the 2018-19 season. In those 16 appearances, Elie picked up just one assist.

After clearing waivers and being sent down to the Rochester Americans in February, Elie became a solid top-nine forward with eight goals and 14 points in 25 games. However, he went pointless for the Amerks in their three-game playoff series with the Toronto Marlies.

After being drafted in the second round (40th overall) by the Stars in the 2013 NHL Draft, Elie made his NHL debut during the 2016-17 season, where he scored a goal and picked up seven points in 18 games. His best season with the Stars came in the 2017-18 season where he scores six goals and registered 14 points in 72 games.

In his American Hockey League career with the Amerks and the Texas Stars, Elie has scored 24 goals and picked up 60 points in 146 total games. In 26 playoff games, Elie has two goals, nine points, and helped Texas to a Calder Cup Final appearance 2018.

Elie will look to compete for a roster spot in Buffalo during training camp and the preseason, but it is likely that he will end up with the Amerks for a good portion of the 2019-20 season.