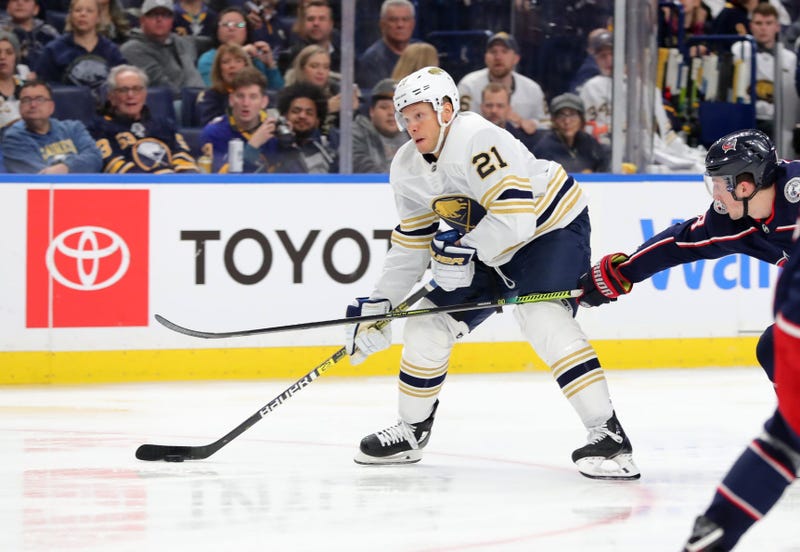 The Buffalo Sabres got back to the practice ice on Saturday morning after having the day off on Friday. Buffalo was busy preparing for the Toronto Maple Leafs on Sunday after six games in the last 10 days.

Marcus Johansson missed Thursday night’s win with an upper-body injury. Head coach Ralph Krueger is optimistic that he will be in the lineup on Sunday after taking part in practice on Saturday. The veteran moved back to the wing with success on Tuesday. The head coach believed that Johansson, “seems to be in a really good place right now, and we need all four lines firing against Toronto for us to be competitive, and so Johansson feeling good and feeling confident is just another boost.” He had a goal and an assist against the Detroit Red Wings on Tuesday.

Carter Hutton was given a maintenance day on Saturday, and as a result, Andrew Hammond was recalled from the Rochester Americans. Also, with Zach Bogosian clearing waivers and being sent to Rochester, John Gilmour was also with on the ice with the blue and gold on Saturday. Michael Frolik also missed the skate due to illness, with his status for Sunday’s tilt still to be determined.

Krueger said that Gilmour’s recall will allow Lawrence Pilut to get back to consistent game action instead of being a healthy scratch with Buffalo.

Heading into Saturday, the Maple Leafs sit in third place in the Atlantic Division, two points better than the Florida Panthers, while Buffalo sits six points back in sixth place in the division. Sunday will be the final meeting of the regular season between the two teams, with the head coach adding that, “it’s an exciting one off, without all of the other add ons, the three games to date we are 1-1-1 and the atmosphere in both buildings has been really special and the guys have fed off of that” Krueger continued, “the game alone is special but because of our situation right now and the opportunity for us to inch closer and put some pressure on them is an experience for us.” Toronto is in Ottawa to play the Senators tonight.

The top line with Victor Olofsson and Sam Reinhart flanking Jack Eichel remained untouched during the hour skate on Saturday. Johansson was on the wing with Jimmy Vesey, and Curtis Lazar in the middle.

Here's how the lines looked:

Defensively, Gilmour worked into the practice as the seventh defenseman, while the other pairings remained the same:

The Sabres and Maple Leafs will drop the puck on Sunday night at seven o’clock with pregame coverage begins at 6 p.m. on the flagship home of the Sabres Radio Network – WGR Sports Radio 550.