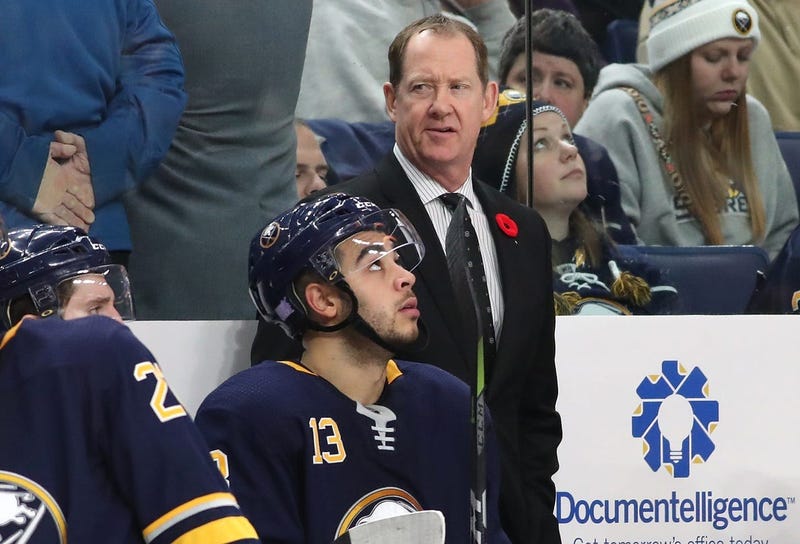 Phil Housley said he talks to Jason Botterill on a daily basis, but as for his job status Housley said, “Those things will be addressed tomorrow and Monday and we’re just going to be focused on playing the game tonight.”

Housley was asked if he expects to be coach of the Sabres next season and he said, “Yes I do.”

Housley expected this team to be much better. He said, “It’s definitely not where I want to be as far as where this organization and the things that have happened in the past, but those things I can’t focus on right now.

“Those things we’ll have to look at and evaluate after the season, but it has been not the direction that we wanted to take.”

Buffalo will finish the season with the NHL’s worst record over the final 57 games of the season. Last year, they were the NHL’s worst team all season long. Buffalo is 15-33-8 for 38 points since being first overall in the NHL. That’s three points fewer than Ottawa.

Linus Ullmark will get the start in goal. That means Ullmark will play 37 games in his rookie season. Matt Tennyson is the only healthy scratch. Out injured are Alex Nylander, Zach Bogosian, Marco Scandella, Vladimir Sobotka and Matt Hunwick.

Thomas Vanek got hit in the finger with a shot and will not play. I had a chance to catch up with the former Sabres captain, covering many topics.

Vanek won the Frozen Four the last time it was in Buffalo playing for Minnesota. Vanek has a love affair with our city and it started then, “Buffalo is very unknown to most of us an once we got there we had a ton of fun. The building was loud and it was fun for us to play in it and then we all know how it ended up and spent a long time there afterwards which is awesome because it’s a great city.

“I’ve said it for years, I mean after I left people would ask me ‘How did you do it so long in Buffalo’ and I always say, “It was awesome, it’s the greatest city ever. I loved it, I still miss it, but it’s a city where you have to live and appreciate it to know how good the communities are, the schools, the fans, the people and that’s something I’ll remember always.”

Join Brian Koziol at 6:00 for our final pre-game show of the season. He’ll be joined by Phil Housley and Thomas Vanek.