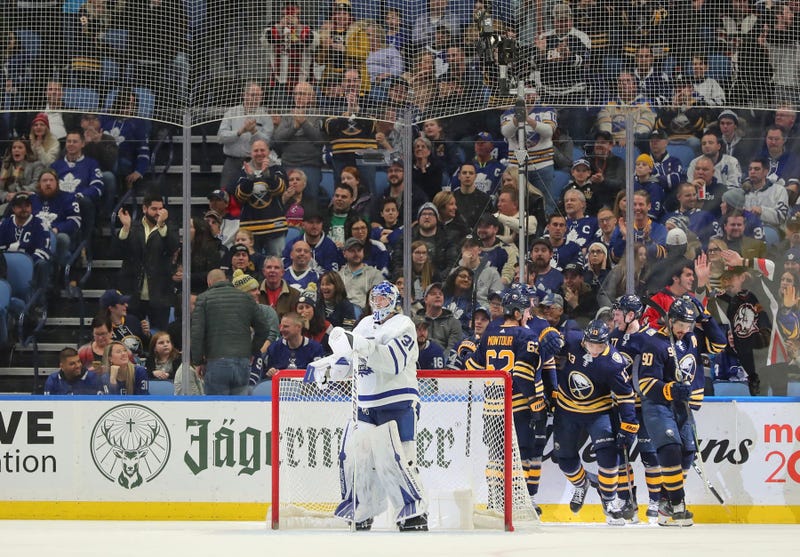 The Buffalo Sabres released details pertaining to season tickets for the 2020-21 season on Friday, and some significant changes are coming for season ticket holders.

Perhaps the biggest alteration for next season will come with the pricing of season tickets with the number of price points increasing from 15 to 30. This will give the fans more options to pick and choose where they want to sit on a nightly basis, while also pricing certain seats differently based on whether someone is sitting closer to the ice, sitting in the shoot twice end, etc.

These changes and decisions came with the team going through their analytic department and examining several factors to determine whether to increase or decrease the prices of certain tickets.

"Through the rescale, there's actually a lot of seats that are going down in price for a season ticket holder. I think 10 of the 30 [price points] are actually going down in price," said Sabres Vice President of Business Administration Kevyn Adams with Jeremy White on Friday. "If you're a season ticket holder and you're getting your renewal, and depending on where you're sitting if you're not comfortable or happy with exactly what it looks like, there are going to be options to move around the arena and we'll make sure we take care of that for everybody.

It was also stated on Friday that the organization is taking more of an initiative to be interactive with the fans through this process by assigning every season ticket holder a representative in order to enhance the fan experience.

"To be honest, one of the things we've been talking about on a daily basis over the last few months is, 'what else can we do? How do we make the fan experience better?'" Adams said. "It's not just us. A couple of months ago out at the board of governors meetings, it was a topic of conversation among every team. How do we make the fan experience better? When you get out of your car until you get back into your car; obviously everybody is there to watch the hockey game. The team is either going to win or lose, but within the three hours, what else can we do?

"We want to put together a fan focus group. Some other teams have done that and have had success, so you're really understanding what your true customers are feeling and seeing. That's an area that we're going to look forward to next season."

Some of the season ticket holder benefits for the 2020-21 season includes:

You can listen to Adams' entire interview below: