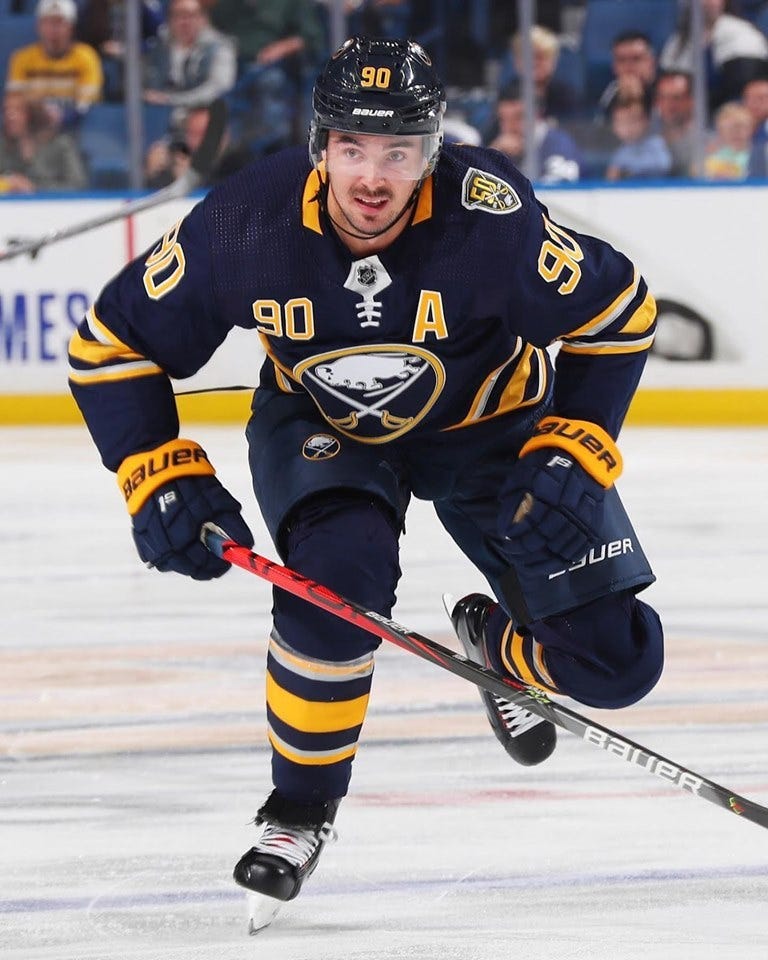 Not only was it Johansson's first game here, but he was also back at center for the first time in a few of years. He said playing center wasn’t the issue, “I don’t think it was center that was different, it was not playing in a while with new systems and all that.

“It took a while to get into things like timing and as the game started getting to the end, I felt like I got more into the grove.”

I know some fans are thinking back to 2011 when the Sabres signed Ville Leino and moved him to center against his wishes. The whole thing turned into a complete train wreck, but Johansson is different, “Playing center is fine, I like it, it gets you involved, so I like that, but playing center in fun and getting involved is fun.”

Johansson doesn’t know if playing center is permanent, but if it is, he said, “Yes, that’s fine, if that’s what Ralph wants me to do, I’m up for it because it’s whatever I can do to help this team win, that’s what I’m here for.”

Part of playing center is taking faceoffs. On Saturday, Johansson was 8-of-20 on draws. He said he will need to improve there, “There’s so many guys there that are so good at faceoffs, I mean some guys almost specialize in that, so when you haven’t done it in a while, you have to get into the rhythm of it and there are going to be some tough nights and there are going to be nights when you get into it, but it’s something I’ll have to work on and it’s something when you play center you want to be good at because you want your team to start with the puck.”

Johansson has spent most of training camp playing on a line with fellow Swede Victor Olofsson. He didn’t know Olofsson until they met here in Buffalo. Players talk about not only how hard Olofsson can shoot the puck, but also how quickly he can let it go. Johansson has been thoroughly impressed, “It’s fun to watch, especially his release, it’s really special and he’s such a talent. It’s fun to see him use it in the games too.

“He’s got a really quick release and I think it’s different from a lot of guys and I think it makes it hard on the goalies too, so it’s fun to watch, he can really shoot it.”

On the injury front, Rasmus Ristolainen missed Monday's practice due to illness. Johan Larsson has a minor upper-body injury, while Conor Sheary has a lower-body injury. All missed practice and all are day-to-day.

J.S. Dea was waived so he can be assigned to Rochester. C.J. Smith and Andrew Hammond cleared waivers and have been assigned to the Amerks.