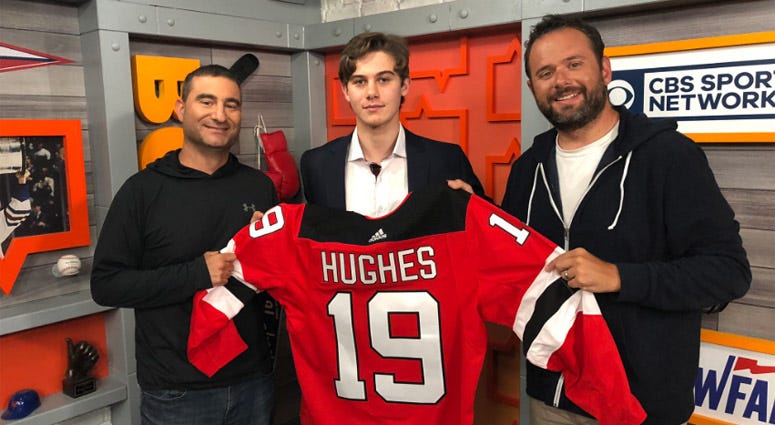 March 16, 2019 03/16/2019 5:29 pm
Raleigh, NC (WGR 550) - The Sabres get Jack Eichel back from his two-game suspension as they play in Carolina on Saturday. Buffalo has gone 197:40 without scoring a goal, so they need their captain desperately. The Hurricanes have been involved in two straight shutouts as they beat Colorado 3-0, and lost in Columbus on Friday, 3-0.

Buffalo needs a puck to cross the goal line for them in the worst way and Phil Housley knows it, “Yes, we need a goal and we’d like to get a result with that as well, but I think at times we’re still turning away at opportunities to get pucks to the net. I think we’ve just got to really simplify our game and throw everything at the net and then get people going there and getting dirty and then we’ll score a goal.”

Carolina has beaten Buffalo eight straight times, and in their last 33 overall games have gone 23-8-2. Recently, the Hurricanes have been all over the place, losing to Boston 4-3 in overtime, getting pasted by Winnipeg 8-1, beating Nashville 5-3 and then the win over the Avalanche and the loss to the Blue Jackets.

Carolina and Columbus hold down the two Eastern Conference Wild Card spots with 83 points. That’s four points back of Pittsburgh for third place in the Metropolitan Division. Montreal is two points behind both the Hurricanes and Blue Jackets.

Buffalo has been able to score on Curtis McElhinney as his goals-against in those games is 3.90, but the Sabres have had two of their sloppier games against the Canes. McElhinney hasn’t played in three games because he’s given up 12 goals in his last two starts.

Jeff Skinner hasn’t scored in 13 games, but he does have three against his former team.

The Sabres had scored a power play goal in 5-of-6 games, but since then they been held off the board in four straight games. The penalty kill has all of a sudden hit a speed bump going just 1-for-4 against Pittsburgh and giving up a power play goal in three consecutive games.

Buffalo has given up five goals in five of its last nine games.

There was no morning skate on Saturday, but on Friday Jack Eichel was back between Jeff Skinner and Sam Reinhart. If you go by Friday’s practice, Vladimir Sobotka, Scott Wilson and Marco Scandella (inj.) will be out.

Carter Hutton had five goals scored on him by Pittsburgh, so my guess is Linus Ullmark will be back in.

The frustration boiled over in the locker room following the Penguins loss. Players were saying that there needs to be more pride to do the things that are necessary to score goals and keep goals out of their net. This is a time where players should be trying to make things hard on Jason Botterill as he decides who stays and who goes. Lately, many of them have been making it very easy on him.

Join Brian Koziol for the pre-game at 6:00 when he’ll be joined by Phil Housley, Jack Eichel, Jason Pominville and Zach Bogosian.