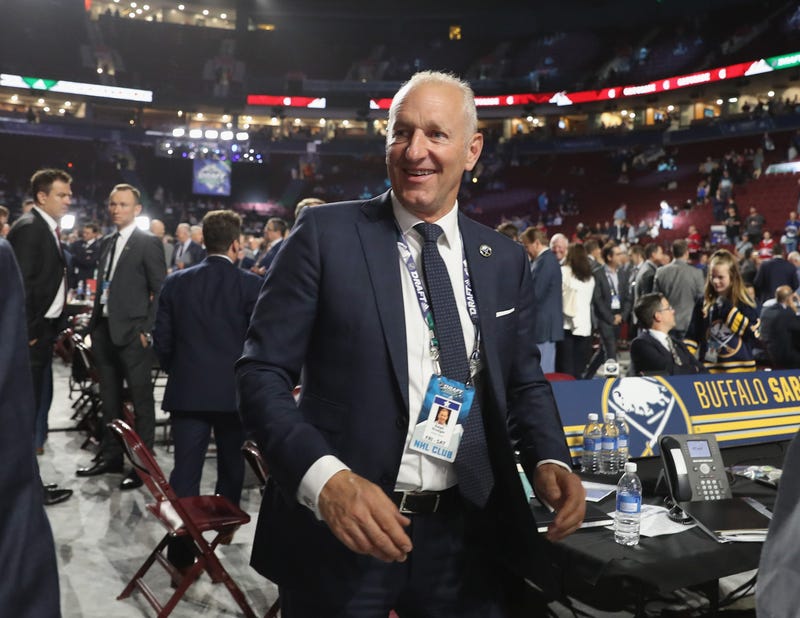 March 23, 2020 03/23/2020 4:37 pm
Buffalo, NY (WGR 550) - Ralph Krueger’s family lives in Switzerland, and when the NHL season was put on pause, he decided to go home. Krueger is a Swiss citizen, so getting back wasn’t hard. As far as how they’re handling the outbreak for the coronavirus there, Krueger said in a conference call from the Sabres, “It sounds like life here is pretty similar to what people in Buffalo are feeling. It’s very quiet, and people are very careful with their movements, and quite disciplined and respectful for the situation.”

Krueger is a very intelligent man and he knows sports aren’t a priority right now. The Sabres head coach said, “The health of the world and the health of the people that we all care about has certainly taken a priority in a form that we have never seen in our lifetime, and there’s got to be a focus on that right now. The predominant pain that I would be feeling right now is for all the people that are suffering around the planet.”

Krueger described the experience in Montreal as, “The ground was cutoff beneath us.” The head coach went through the timeline, “It all began the evening before. We had a team dinner in Montreal and during that dinner, the news broke about the [one] NBA player testing positive and everything just started unraveling from there.

“We weren’t sure where that would take us. We began the game day in Montreal as if we were going to play. The coaches headed to the arena and just about when we got to the arena, we heard that we needed to return to the hotel. Jason Botterill then spoke to the team, and we found out the reality of our situation and it was shocking at the time.”

As it turned out, that was the last time that Krueger or Botterill met with the team. Krueger said, “Pause is the best word, and we’ve kind of left the players alone for now.

“If we’re able to play some games, we’ll take the guys quickly into a minicamp and reactivate them. The players are well aware that they need to stay physically fit.” Krueger added, “We’re extremely disappointed that we weren’t able to play those 13 games, and hopefully something still pops up here.”

Professional athletes have a routine, especially during a season, so some are lost right now. Krueger said, “We’re people that are used to having clear destinations. We know exactly where we’re going and we’re in control and at the moment. All of us feel out of control, and we all feel uncertainty and we all feel discomfort.”

As far as where the league is heading, whether it’s to pick up the regular season or start with the playoffs if possible, Krueger wasn’t willing to go there, “I think it’s too early to do a season end, and I’m trying not to let my brain go there until that plug is actually pulled on us.

“It remains hypothetical, so at the moment, I’m still hanging on to the possibility of re-entry, and we felt there was a big opportunity for growth in the 13 games ahead. I did not feel any quit in the team.”

With many in the world quarantined at home, the way we do things has changed. Krueger said that includes his routine, “I’m trying to use the time to exercise in an extreme way to clear the withdrawal I’m feeling.

“I’m also bouncing information back-and-forth with the coaching staff, trying to use this time to work on where we want to step in with the players if we still have games, what do we do, and if we don’t have games what do we do? How do we access the lessons of this season and help them take another step moving forward?”

Of course, Krueger is in touch with Botterill, Randy Sexton and Steve Greeley, and he said talks are ongoing about how to get better, “We’re pleased with the signings last week (Brandon Biro) and looking at possible ways to access more talent for the future.”

Krueger said they’re still in the middle of the NHL’s 14-day waiting period, but he’s hearing players are staying fit. Nobody can get any ice-time no matter where they are, so everything is dry land training.

Krueger will also stay busy on Wednesday when he does a coaching seminar for European coaches. This conference call is through the NHL Coaches' Association.