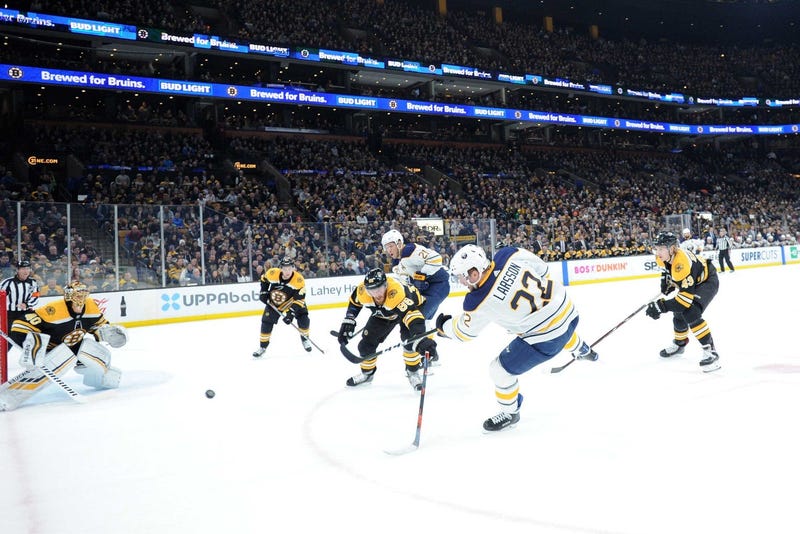 Buffalo hasn’t scored a power play goal in eight games, and the penalty kill has given one up in six straight games. I will say the Sabres were pretty good on the penalty kill against Minnesota, going 6-for-7.

Fans are starting to walk away from this team as the bottom falls out once again. Crowds are more in the 15,000-16,000 range, and by the middle of the second period against the Wild, many had left the building.

Johan Larsson returns to the lineup after missing three games due to injury. My guess is John Gilmour would come out. Larsson has played in Boston many times and he knows how tough it can be there, “It’s a tough team. They come out hard and you’ve got to be ready from the start and be ready to battle and have a heavy game because they’re tough to beat there.”

Buffalo has had pretty good success picking up points in Boston as of late, going 5-3-2.

Despite all the losing lately, the Sabres remain in striking distance. Buffalo is in fourth place in the Atlantic Division, four back of both the Panthers and Montreal. They’re eight back of the first place Bruins.

Zach Bogosian is on the trip and could play at some point. Marcus Johansson is likely to join the team in Florida.

There’s really never a good time to catch the Bruins, but they have stumbled just a little bit lately. Boston has won two out of three, but they’ve also lost five out of seven. Before those seven games, the Bruins had just one regulation loss.

David Krejci has points in five of six games, picking up eight points.

With all those goals, it only makes sense that the Bruins' power play is third in the league.

Tuukka Rask has, again, put up great numbers in goal. He’s 9-2-2 with a 2.06 goals-against average and a stellar .930 save percentage. Rask is back into form, giving up three goals in his last two starts. In his three starts before that, he allowed 12 goals to Florida, Detroit and Montreal.

Join Schopp and the Bulldog for the pregame starting at 6:00 when they’ll be joined by Ralph Krueger, Larsson and Rasmus Ristolainen.