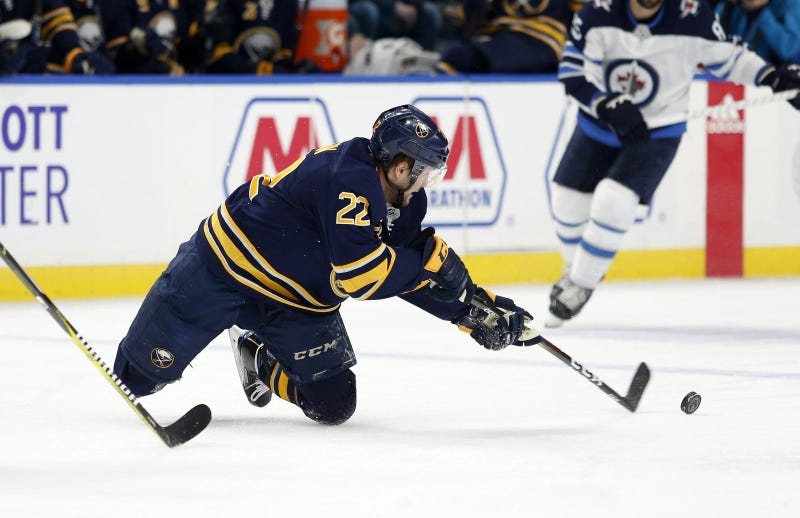 November 16, 2019 11/16/2019 11:19 am
Buffalo, NY (WGR 550) - Rasmus Asplund will be making his NHL debut on Saturday as Johan Larsson is now being listed as day-to-day with an upper-body injury. Curtis Lazar played his first game as a Sabre on Thursday and the former Senator scored on a breakaway.

Sabres coach Ralph Krueger thinks the reason is the way Rochester teaches its players, “They’re working with the same language in Rochester, so what I’m seeing now with Asplund and Lazar coming from Rochester is the advantage of a very strong relationship and how that simplifies the day for players.

“There’s not any major changes in breakouts of forechecks or principles of play, and that allows them to just play hockey.”

Linus Ullmark gets the start in goal for Buffalo. Ullmark is not playing as much lately. He’s had two starts since shutting out Detroit on Oct. 25. In those starts, he’s allowed nine goals.

Buffalo has to find a way to fix the penalty kill as it’s given up five goals in the last 10 times its been on the ice.

The power play is also failing the Sabres as they've gone five games without scoring, which is part of the reason they’re on a six-game losing streak.

Buffalo has scored seven goals in two games, but it’s only resulted in one point.

The Ottawa Senators are certainly not the joke that some try to make them out to be. This season, they’re 8-10-1 and have won 4-of-5 games, including Friday night against Philadelphia. Except for the one loss in that streak, the defense has been stellar, allowing one or two goals in all four wins. The problem is in the loss in Carolina, the Senators gave up eight goals.

If you take out the Hurricanes game, former Sabres goalie Anders Nilsson has only given up six goals in four starts. Krueger knows that it’s not going to be easy to break through, “They have a good feeling of late. They definitely have surged with their 6-4 record in their last 10 games. It’s a hard working group with a lot of youth and some high skill in a few players.”

Jean-Gabriel Pageau has 11 goals and 15 points in 19 games, but in his last seven games, Pageau has scored eight goals.

Former Sabres forward Tyler Ennis is also now playing in Ottawa. He has four goals and four assists for eight points in 19 games. It’s hard to believe that Ennis is already 30-years-old.

Join Pat Malacaro for the pre-game show starting at 6:00 when he’ll be joined by Krueger, Asplund and Jack Eichel.