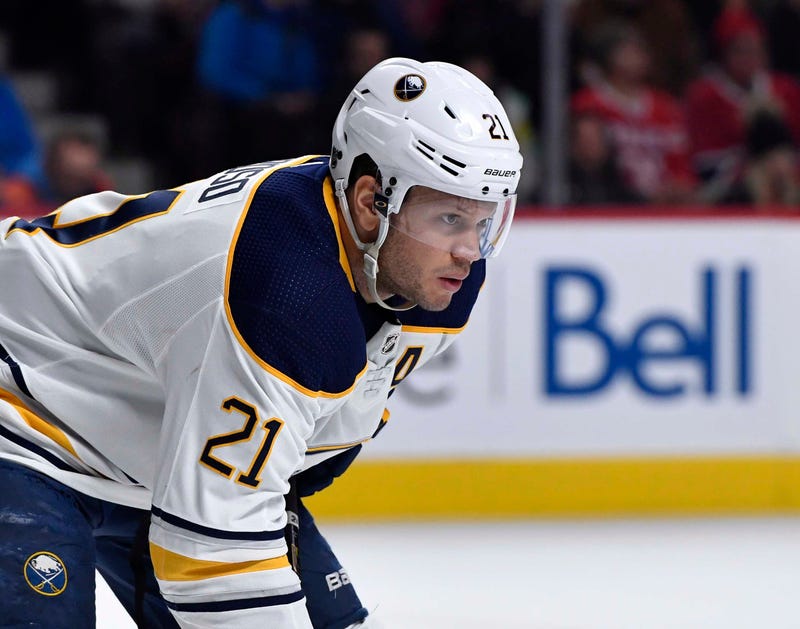 Okposo went through a very dark place a few years ago where he didn’t know if he’d be able to function as a husband and a father. Zach Bogosian is of course worried, “First and foremost he’s a person. You think about him and his well-being, and hockey comes second to everyone in this room. So you think about him, you’re there for him and be there for his family as well.

“Going through what he’s been through in his career, it’s been tough for him, so we’re going to be there for him.”

Tage Thompson is out 3-to-5 weeks with an upper body injury.

The Sabres went a long time with very few injuries up front. Krueger said, “Losing a forward per-game now, five games in a row has been quite disruptive. But guys are working hard to find the right path and it’s a different kind of challenge, but it’s good for us to get to know our ability to adjust and to inject new players.”

A call up from Rochester isn’t easy because C.J. Smith is out 4-to-6 weeks, while Remi Elie and Scott Wilson are week-to-week.

The choices are J.S. Dea or Andrew Oglevie. Krueger said they could also play Tuesday with seven defensemen.

Colin Miller was playing with Henri Jokiharju at practice with Marco Scandella and John Gilmour the two defensemen out.