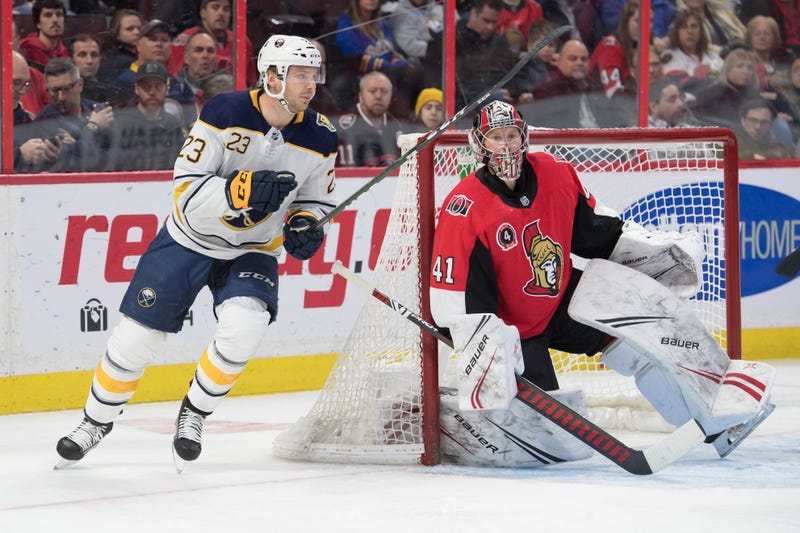 The winger was on WGR Sports Radio 550 with The Instigators on Wednesday. He said he’s been able to workout while in isolation, “I have a gym here with very basic stuff like a treadmill, so I’ve just been hanging out trying to get some workouts in and kill some time.”

Nobody knows if the NHL will be able to finish the regular season or execute the playoffs. Reinhart said, “Right now everyone is guessing on what’s going to happen. There’s been quite a bit of talk with the [Players' Association] and the players together, so everyone is going to have different opinions, so it’s a tough spot to be in. We all want to get back at some point and we all want to be playing again.”

Extending the self-quarantine was no surprise to anybody. Reinhart said, “It’s something we’d be doing anyways in our home cities.

“In Vancouver, I think we’re behind Toronto or Buffalo in the whole city lockdown, but for the most part, people are staying home and people are wanting to get through this.”

This season, Reinhart netted 22 goals and 28 assists for 50 points in 69 games. Over 82 games, that works out to 26 goals and 33 assists for 59 points. The problem for Reinhart is he’s marred in a really bad slump. He had gone nine games without a point and had one goal in 12 games. His 82-game pace before the slump was 30 goals and 68 points. Both would’ve been career highs.

Last season, Reinhart had 65 points in 82 games. Reinhart is a restricted free agent this coming offseason. His salary cap hit was $3.65 million this season.