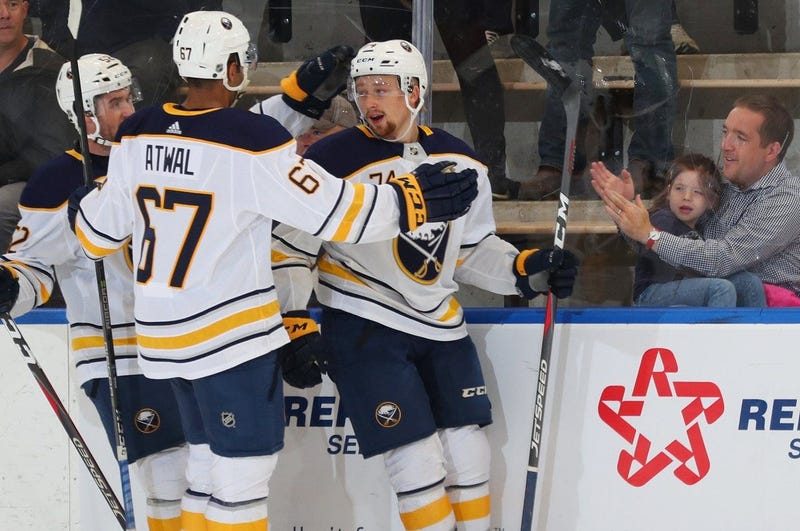 The Sabres will also feature a couple of recent acquisitions this offseason with forward Arttu Ruotsalainen and defenseman Henri Jokiharju. Ruotsalainen was signed as a European free agent out of Finland, while Jokiharju was acquired in a trade with the Chicago Blackhawks back in July.

Among the names missing from this year's roster includes forward Dylan Cozens and goalie Ukko-Pekka Luukkonen.

Cozens is still recovering from a thumb injury that required surgery after development camp in late June. The 18-year-old has been on the ice working to get back from surgery, but is not quite ready to return to take part in the Prospects Challenge. The hope now is that Cozens will be ready for training camp, which gets started in less than two weeks.

Cozens was Buffalo's first round pick (seventh overall) in the 2019 NHL Draft.

As for Luukkonen, he is still recovering from offseason hip surgery that followed the conclusion of the Rochester Americans' playoff run. The 20-year-old goalie is coming off a year in which he won the Red Tilson Trophy as the Ontario Hockey League’s Most Outstanding Player. Luukkonen was outstanding in his first season in North America with the Sudbury Wolves, posting a 38-11-6 record with a 2.50 goals-against average, a .920 save percentage and six shutouts.

Luukkonen also played in last year's tournament, and was Buffalo's second round pick (54th overall) in the 2017 NHL Draft.

Here is the complete schedule of games for next weekend's Prospects Challenge: