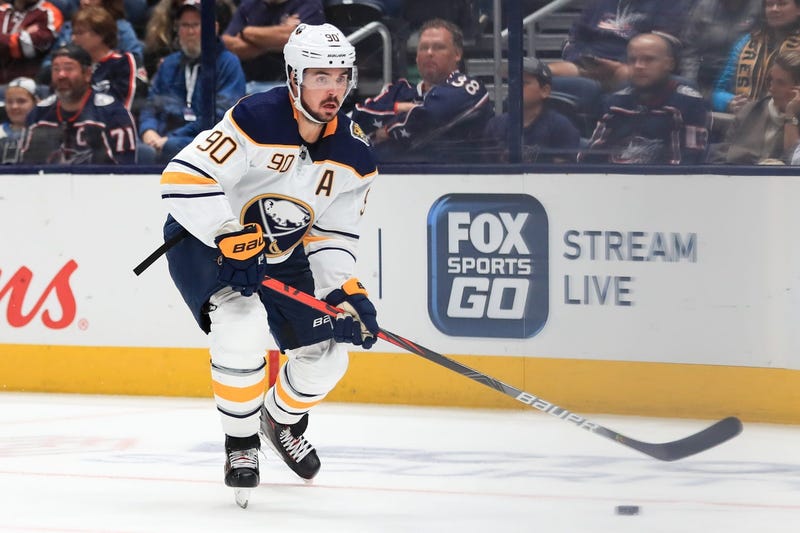 November 13, 2019 11/13/2019 2:42 pm
Buffalo, NY (WGR 550) - The Sabres finally were able to get on the ice for practice on Wednesday and they will have a morning skate on Thursday. The Collective Bargaining Agreement mandates that a team gets two days off when they come back from international games.

Marcus Johansson and Vladimir Sobotka didn’t practice, while Marco Scandella and Zach Bogosian did. Ralph Krueger said a decision on Johansson will be made Thursday morning. He did finish the game on Saturday and is listed as day-to-day with an upper-body injury.

Krueger said he enjoyed the team’s time in Sweden, but he’s very upset they came home with no points, “We have to separate the two different events. The one is what the group is able to learn for the long-term just to experience representing the National Hockey League as ambassadors, so I thought the players represented the Sabres and the NHL in an outstanding way.

“We’re not pleased with the results. We’ll look them right in the eyes and say we needed to win Game 2 especially and game management got away on us, but it’s an experience that will strengthen the group moving forward for sure.”

The Sabres return and play seven games in 12 days, and 10 games in 17 days. Krueger said they have a way to manage it, “We have the 21 games until Christmas and we’re breaking it up into little groups. We’ll have the five games, two-day pause, six games, two-day pause and then four games and I think if you break it down into smaller sections in your mind and you deal with those as you go through it, we’ll have to use our experience from the beginning of the season, how to manage energy in between games and sometimes we’ll leave out a practice day and do a pre-game skate.”

Krueger also feels the work done since they arrived is going to pay off, “I feel they have a strong foundation. We’ve been doing lifting and doing a lot of work off the ice that we believe will help us and we need to use the whole lineup.”

Rasmus Dahlin really enjoyed going home for the week and playing two NHL games in front of his family and friends. The young defenseman said, “Just thinking about the games, we didn’t play how we wanted to play, but for me to see my family and friends and see Sweden again, it’s was very good and it gave me a little push forward.”

Dahlin did a food tasting for NHL.com along with Casey Mittelstadt and Jeff Skinner. He said he enjoyed being the tour guide for his teammates, “It was fun to show them around, show them some Swedish food and stuff and they hadn’t really seen it, especially Casey, who hadn’t been in Sweden, so that part was really fun.”

Curtis Lazar was in practice after being called up. He’ll have to wait to see if Johansson can play on Thursday.