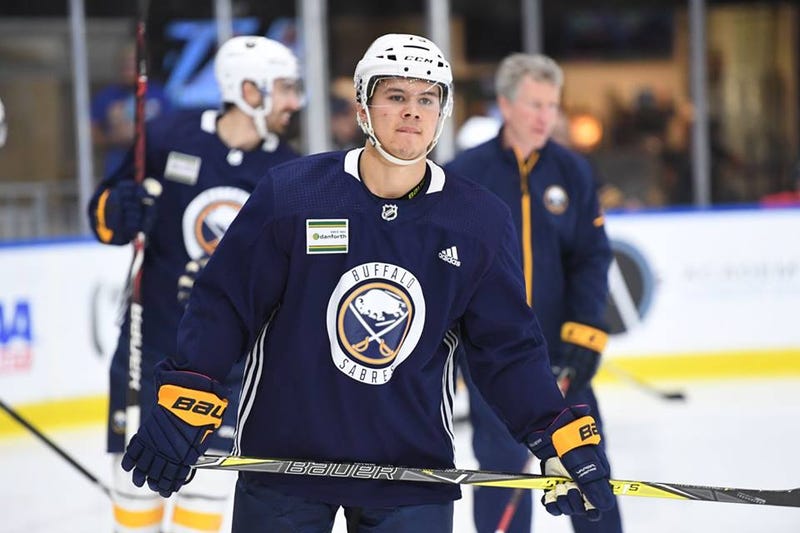 April 15, 2019 04/15/2019 8:23 pm
Buffalo, NY (WGR 550) - After Providence lost to Minnesota Duluth on Thursday in the Frozen Four, Jacob Bryson wasn’t sure what his future held. After a weekend to think about it, the 2017 fourth round pick signed a three-year entry-level contract with the Sabres.

His deal will not start until next season, so in order to go down to Rochester, the defenseman signed an ATO.

I felt Bryson was Providence’s best player in the Frozen Four game and he did pick up an assist.

He is small, but he’s very quick. I also liked that he took on a 6’ 2" forward, stood him up and rode him to the corner, despite being quite a bit smaller.

Bryson was a Hockey East Second-Team All-Star with four goals and 24 assists for 28 points in 42 games.

The 21-year-old was also one of the captains for Providence this season.