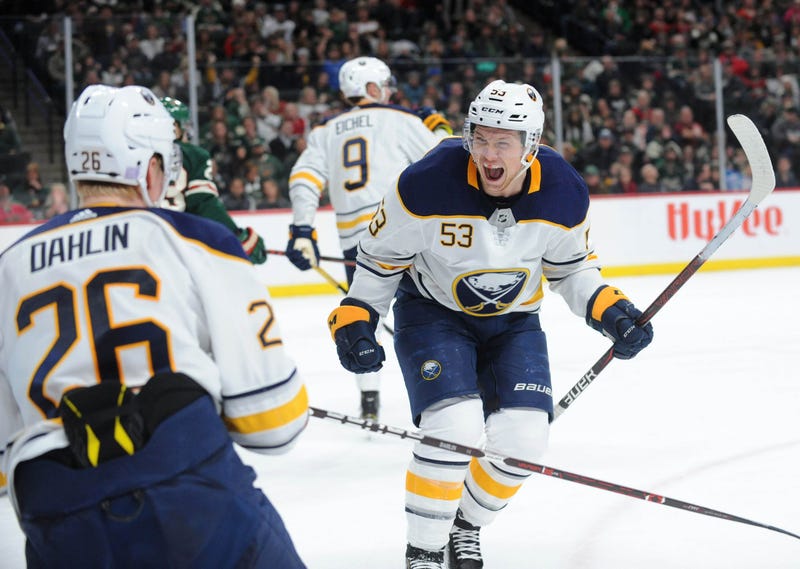 January 10, 2019 01/10/2019 6:56 pm
Buffalo, NY (WGR 550) - Jeff Skinner will play his first game in Carolina on Friday after being traded to the Sabres. Skinner played eight years with the Hurricanes, but he said he really didn’t have this date circled on his calendar, “I knew when it was, so obviously it’s my first time back there and I spent a lot of time there, so it should be fun.”

Carolina’s new owner had no interest in paying Skinner, so when players aren’t wanted somewhere, it often means more, “It’s not just another game, I mean it’s another game on the schedule and it’s worth the same amount of points, but I spent a lot of time there, I made a lot of good friendships with people in the organization, so I really don’t know what to expect, but it should be fun.”

Skinner has never walked into that arena and headed to the visitors room. He thinks it’ll be weird to start with, “Yes probably, muscle memory going into that building I always turned the same way and do the same things, so it’ll be different, but after the first couple of shifts, I’ll be back into playing the game.”

Skinner has a lot of friends that still play for Carolina, so he said he keeps track of how the team is doing, “Yes, I sort of watch the whole league and keep tabs on friends on other teams, obviously I have a cluster of friends on that team, so I’m aware of how they’re doing, but I don’t follow them super closely because I have a lot of other stuff to do.”

Skinner had Jack Eichel back as his center for practice on Thursday, but Tage Thompson was their right winger. Phil Housley said, “I just thought Tage had been playing very good hockey in the last 10 games, particularly in the last five. He’s creating a lot of offense, he’s using his speed, he’s using his shot, he’s been reliable defensively, so I put him up there with Jack to get some balance.”

Other lines on Thursday were:

After practice, Eichel said he’s back to 100-percent. Housley said C.J. Smith will make the trip.