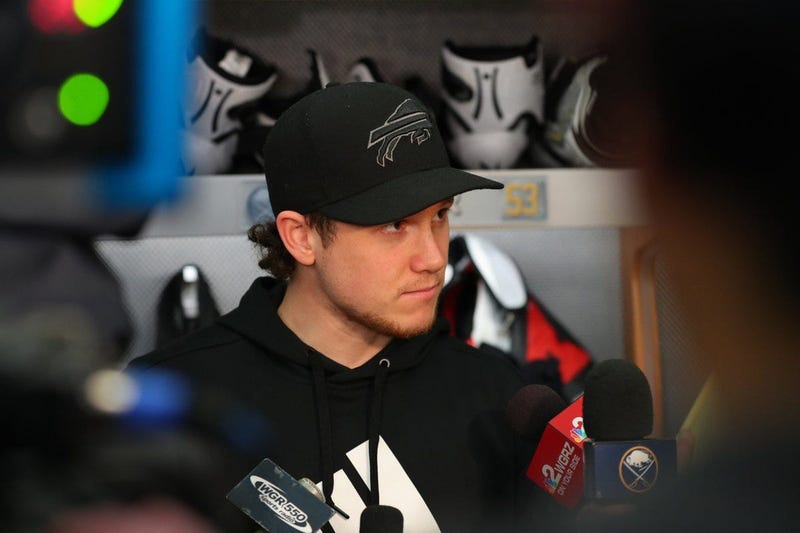 January 11, 2019 01/11/2019 5:49 pm
Raleigh, NC (WGR 550) - The fans have voted Jeff Skinner into his second All-Star Game. For the first time ever, the league held the NHL's "Last Men In" vote and Skinner beat our Morgan Rielly, Brayden Point, Shea Weber, Patrice Bergeron, Aleksander Barkov, Dylan Larkin and Mark Stone for the last place on the Atlantic Division Team. The Sabres put out a video with Skinner thanking the fans, "Thank you for all your efforts voting me into the All-Star game. It means a lot to me and I'm looking forward to going out to San Jose to represent you guys."

We got a chance to meet with Skinner a few hours before Friday's game. He said getting to play in his second All-Star game is pretty cool, "This one I got in a different way. It's pretty cool to share it with the fans and with my teammates because you're not going to have a good season unless your teammates are playing well.

"I think it shows the passion and how much the fans love the Sabres and it's a pretty cool feeling."

The fans of Buffalo have put up signs that have Jeff Skinner for Mayor. Skinner laughed and said, "It's another thing my family and friends picked up on and I'm not sure I'm qualified, but it's pretty funny."

Skinner earned his way into the vote by scoring 29 goals in 43 games, which would work out to a season total of 55 goals.

Skinner has reached the 30-goal mark three times in his career, having seasons of 37, 33 and 31 goals.

The NHL said that more than 11.5-million votes were cast. Skinner joins Jack Eichel on the Atlantic Division team. Skinner said he's glad he gets to experience this with Eichel, "It's fun, I think as a teammate it's fun to go together, it's a special part of that."