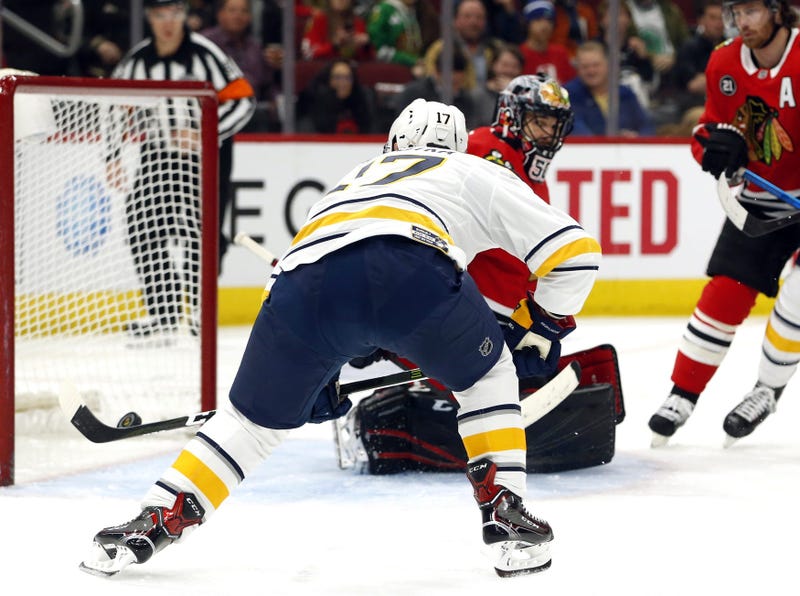 Robin Lehner was hated by many Buffalo fans before he ever put on a uniform. He was abused on social media and he would get blamed for every goal that went in on him. Lehner was hated because Tim Murray traded a first round pick to get him.

Sobotka has been treated the same way on social media because he didn’t score for 42 games, and he was part of a trade for Ryan O’Reilly. Some of the things said about him are vicious and he's the whipping boy for many fans and media. Sobotka is fully aware of it, “I don’t care what they say. You have to ignore that. If you read that you have to deal with that, so I read stuff, but I don’t pay any attention to it.

“I read it, I think about the guy that writes it then I think some stuff and that’s it, it’s the next morning and I don’t think about it.”

Even though the Sabres have the third worst record in the NHL since they were first overall, Sobotka said that there is no dissension inside the locker-room, “Oh yes for sure, we’re together, I think everyone trusts each other.”

After Tuesday’s practice, Phil Housley said Zach Bogosian was still being evaluated with an upper-body injury and is day-to-day.

Phil Housley put 20-year-old Casey Mittelstadt on a line with two 21-year-olds in Tage Thompson and Alex Nylander. He said, “We haven’t scored in a couple of games and I’m excited to see what the young guys can bring. Maybe some energy and I really liked Tage’s game. I thought Mittelstadt attacked the game and Alex, as the game wore on got more comfortable, so it’ll be interesting to see how that plays out.”

There are many games that they get very little out of Thompson, but then there are games like Dallas where he's on top of things and gets numerous opportunities. Housley said when Thompson is on, it’s noticeable, “He’s skating and he’s moving his feet. There’s a speed element to his game that when he does use it, he’s very effective.

Housley also knows when his youngster doesn't have it, “When he’s getting pucks and is standing still and he’s not getting off his mark, he’s easily played.

“One thing when I know he’s on is he’s bringing a physical element too. He’s getting in on the forecheck, he’s finishing his check and he does a much better job and he has to continue to do that, just get his body over the puck, using that size and reach to protect pucks.”

Despite playing very good defense against the Stars, the Sabres still came away with no goals and no points. Housley said, “We only gave that team 11 even strength scoring chances and if you continue to do that, it’s going to flip and that’s one of the challenges we face, but if we continue to play that type of game, maybe we can get some puck-luck because I’m a big believer that the harder you work, the hockey gods will be on your side if you’re playing the game the right way.”