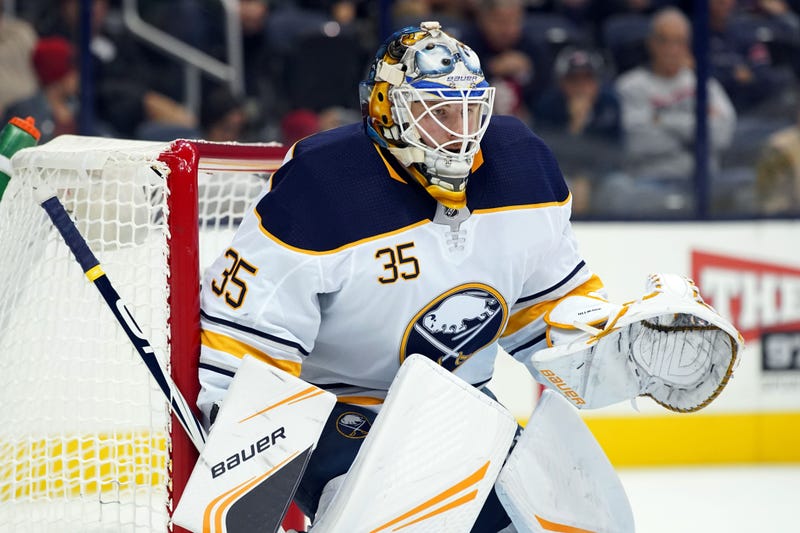 After defeating the Pittsburgh Penguins 5-4 in overtime on Monday night at Pegula Ice Arena in State College, Pennsylvania, the Buffalo Sabres dropped their first preseason game on Tuesday with a 4-1 loss to the Columbus Blue Jackets at Nationwide Arena.

Jake McCabe scored the team's lone goal in the loss.

The scoring got started early for the Blue Jackets in the opening period of play. Sabres forward C.J. Smith took a slashing minor just 42-seconds into the contest, and Columbus struck 10-seconds later as Emil Bemström ripped a puck past Linus Ullmark to give the Blue Jackets the 1-0 lead.

The Sabres were unable to find the equalizer in the opening period, and ended up breaking for the first intermission trailing by one, but being out-shot 13-7.

Near the mid-way point of the second period, head coaches Ralph Krueger and John Tortorella opted to make goalie changes during a stoppage of play. Andrew Hammond entered for Buffalo, while the Blue Jackets replaced Joonas Korpisalo with Matiss Kivlenieks.

With 6:17 to play in the middle stanza, McCabe got the Sabres on the scoreboard with his first goal of the preseason. His shot from the high slot beat Kivlenieks through a screen generated by Victor Olofsson and the game was evened at a goal apiece.

However, the game would not be tied for long as the Blue Jackets took the lead back just over two minutes later. Hammond allowed a goal he'd likely want back as the puck glanced off his glove and into the back of the net off a shot from forward Kole Sherwood. That 2-1 score would hold through the completion of the second period and into the third.

The Blue Jackets doubled their lead late in the third period with 5:38 to play in regulation. Veteran forward Riley Nash fed teammate Sonny Milano for a one-time feed in front of the net that beat Hammond for his second goal allowed of the night. McCabe was in the slot trying to find a way to block the pass across, but Matej Pekar was caught puck watching while Milano could get into position uncontested.

Zac Dalpe added an empty-net goal for good measure with less than 90-seconds left in regulation, sealing the deal on the victory.

The Sabres get a couple of nights off before traveling to Toronto, Ontario for the first of a home-and-home weekend series against the Maple Leafs on Friday evening. Puck drop at Scotiabank Arena is set for 7 p.m. with pre-game coverage on WGR Sports Radio 550 starting at 6:45 p.m. with Brian Koziol and Paul Hamilton.