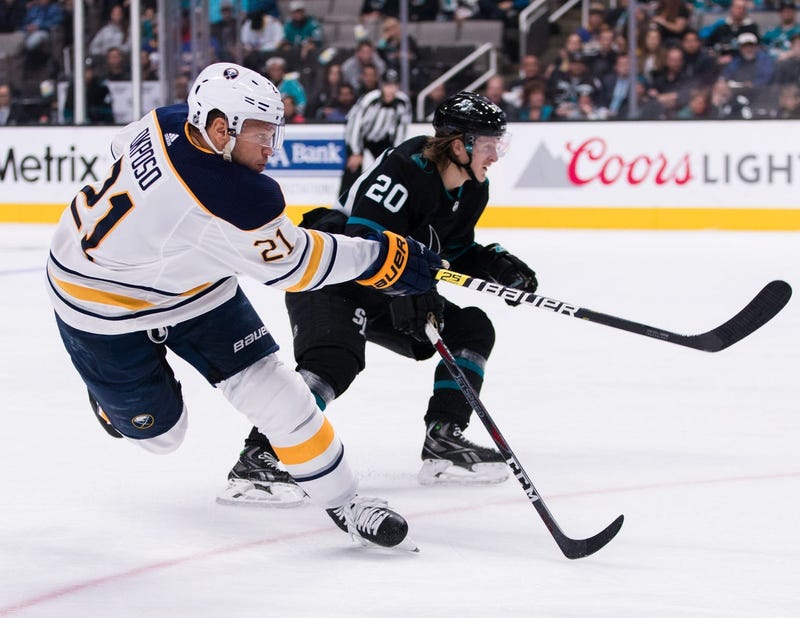 With the Sabres' win in Los Angeles on Thursday night, Buffalo is 6-1-1. Their 13 points leads Boston by two points, Tampa Bay and Toronto by four, Montreal by five points, Florida by six, Detroit by seven and Ottawa by 10 points.

Conference-wise, the Sabres are just one point in front of Pittsburgh, Carolina and Washington. Buffalo’s points percentage of .813 places them third overall.

Carter Hutton comes into San Jose with two consecutive shutouts. Buffalo’s goaltending is fourth overall at 2.25 goals-against per-game. Hutton leads the league in goals-against at 1.39 and save percentage at .953.

Despite that, it's shocking to me that for the second straight time, Linus Ullmark will start in goal instead of Hutton. In my mind, Ralph Krueger, and really Mike Bales, are not doing a good job with how they play the goalies. Hutton had a day off Friday after facing 47 shots on Thursday. Unless he asked out of the net, he should be in there.

The power play did score against the Kings, but has fallen to third overall at 35.5%. The penalty killing has jumped from 21st to 17th.

Jack Eichel has 10 points and is 10th in league scoring. Victor Olofsson’s six goals have him fifth overall.

Rasmus Dahlin is sixth in league assists with eight.

Jeff Skinner hasn’t been shy about shooting the puck. His 35 shots in eight games have him third overall.

The Sharks were off to a poor start, losing their first four games, but now they’re on a three-game winning streak. The wins came against Chicago, Calgary and Carolina. That puts them 24th in league points percentage. San Jose is fourth in penalty killing at 91.7%.

In their three wins, San Jose has scored 13 goals. Former Sabres winger Evander Kane had a hat-trick against the Hurricanes by the end of the first period. Kane has four goals and two assists for six points in four games.

Logan Couture is the new Sharks captain, and he is tied with Brent Burns for the team scoring lead with seven points. Couture has points in every game except one.

The power play has also fueled them in their wins, going 4-for-9.

Martin Jones gave up 12 goals in his first three games, but he’s gotten that down to three goals against in his last two.

In his two starts, Aaron Dell has allowed seven goals.

Join Brian Koziol for the pre-game show starting at 9:30.