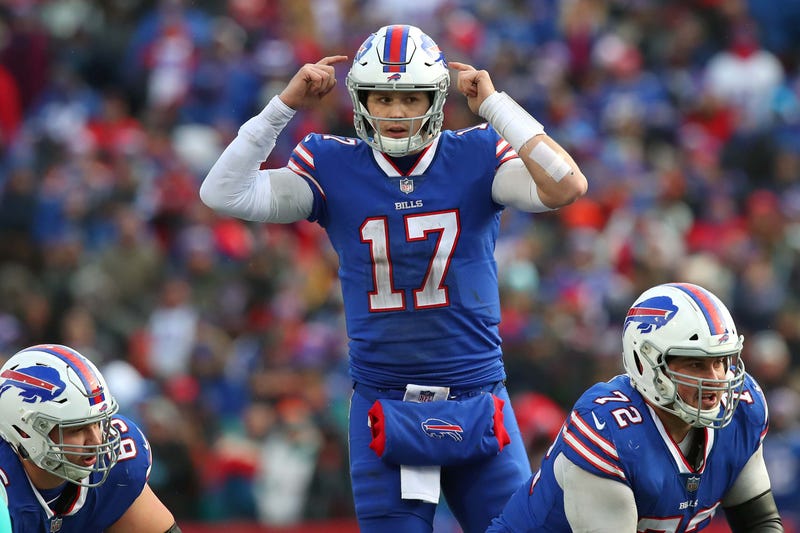 The FanDuel Sportsbook in New Jersey has put together their early odds for who will win Super Bowl LIV. Put them on the list of who's counting against the Buffalo Bills in 2019.

They have the Bills tied for the worst Super Bowl odds at +15000. The Arizona Cardinals are also at the bottom with the same odds.

With this NFL season in the books, it's never too early to look ahead!Who takes home the crown -- next year? pic.twitter.com/9zmw6gE5wD

The Bills will likely have a similar over/under win total to what they've had for the majority of 20 years. That number should be around 6.5, give or take a half a point.

This team shouldn't be expected to make the playoffs next season, but they should be expected to be in contention. Even the most pessimistic of onlookers would have to admit Josh Allen was fairly impressive in 2018, given his surrounding cast, and expectations going into the draft. The Bills also have the third-most cap space headed into free agency.

Should the Bills have good Super Bowl odds? Absolutely not. Should they be dead last in odds? Absolutely not. One team within their own division should be lower is the Miami Dolphins. Reports say that Miami could be positioning themselves for a run at a quarterback in the 2020 NFL Draft. If that's the case, they'll likely be terrible next season. Other reports say Miami will move on from Ryan Tannehill. That presents a possibility that the Dolphins could go into 2019 with the worst starting quarterback in the league.

Another team that shouldn't be higher than the Bills is the Oakland Raiders. Who knows what that roster will look like next season. Jon Gruden is still in the process of going scorched Earth on the roster he inherited. Could the quarterback be next? Even with Derek Carr, the Raiders only had four wins in 2018. The likelihood that they make the roster a contender overnight is slim to none, and couple that with the uncertainly at quarterback, and they should have worse Super Bowl odds than the Bills.

That's just two teams. Solid arguments could be made that the Bills should be higher than the Cardinals, the New York Jets, and Washington Redskins.

The Bills would be a better fir with +8000 odds to win Super Bowl LIV. The same number as the Jets, and higher than the Dolphins, Redskins, Raiders, and Cardinals. The Bills, like the Jets, have a young quarterback who showed well in his rookie season. A giant step forward in Year 2 is within reach. If that happens, that would mean certain playoff contention at least. The defense was great last year, and one can only hope they'll fix the offense around Allen with their cap space and draft picks.

The FanDuel Sportsbook had the New England Patriots as the favorite to repeat, with the Kansas City Chiefs and New Orleans Saints following suit.