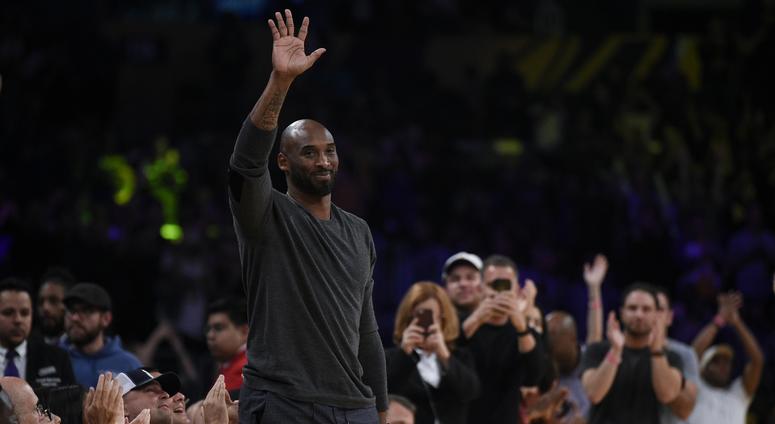 Ralph Krueger couldn’t believe the news, “That was really shocking. I don’t watch television at all, but I did last night. I love the world class athletes, and I get goosebumps thinking about the amazing athletic performances I saw from Kobe, and then if you look at how he was working on his next stage of life, it’s just extremely tragic to have a life cut so short by somebody who had the opportunity to inspire so many people and that’s gone. It’s gone forever because nobody can take that space.”

Jack Eichel got really serious and spoke from the heart as he remembered a guy he grew up admiring as an athlete, “Kobe was one of my favorite athletes. It’s just such a tragedy.

“Growing up in the Boston area with the Celtic/Laker final, I got a chance to follow him a bit, and since then I just look at the way his life has gone on and it seemed like he was really getting into life after basketball and you see how involved he was with his daughter. It’s such a tragedy that the two of them passed away.”

Eichel is starting to become a superstar in his sport, but he still looks at what Kobe meant to others, “I think the impact he had on athletes across the world greater than just basketball. I mean, somebody like myself he impacted so much, but he would never know that. But just the way he went about his business and competed and worked.” Eichel added, “He set the bar for work ethic and compete for so many other athletes and it makes you want to be better every day.”

Eichel missed the beginning of the 2016 season with a severely sprained ankle. Eichel took strength from the way Kobe handled injuries, “I remember watching his documentary about coming back from his Achilles injury after I sprained my ankle, and it’s just little things like that you watch how dedicated he was to his craft and it made you want to be better.”

Eichel said this kind of news isn’t something that people will forget quickly. The captain said, “I think this is going to take a long time for everyone to move on from.

“Time’s going to be the best healer for people, and I don’t know if there’s been a tragedy quite like this in sports in my memory. He was 41-years of age and, arguably, one of the best basketball players of all-time, and his daughter being 13 and the two of them going to a basketball game, your thoughts and prayers go to all the families.”

Eichel returned to practice after the All-Star Game in St. Louis. Many fans want Krueger to play Jeff Skinner on Eichel’s line, but that doesn’t appear to be happening. Krueger did say that Skinner is back and will play on Tuesday against Ottawa.

Victor Olofsson is still rehabbing. Krueger said, “We’re optimistic, but we still need to give it a couple of weeks probably. But he’s progressing in a really good way.”

Krueger said it’s all positive with Olofsson, but they’re not going to rush the situation.

The NHL gets back to games on Monday night, which means Ottawa has a home game against New Jersey before getting on a plane and coming to Buffalo for Tuesday night's matchup.