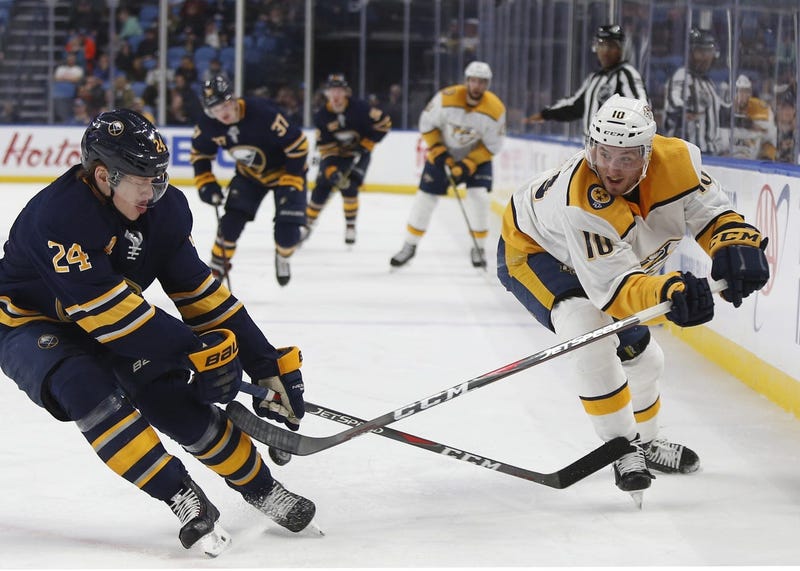 Lawrence Pilut played well in his six games in Buffalo. So far, the offense he’s been able to produce at the AHL level hasn’t translated to the NHL, but he was solid in almost every game he played. He had no points and was a minus-2 in six games.

Rasmus Asplund tailed off after a really good start to his NHL career. In 28 games with the Sabres, he had a goal and two assists, but his value is more on the penalty kill and what he can do in the defensive zone.

Scott Wilson came up when Victor Olofsson was hurt and only played two games and was a minus-1. Curtis Lazar was not sent down is is likely to remain in Buffalo for the rest of the season.

The Amerks have four games while the Sabres are off.

Ralph Krueger said there’s a good chance that Jeff Skinner will rejoin the group when the team comes back from break, so I wouldn’t expect all three of these players back when play resumes.